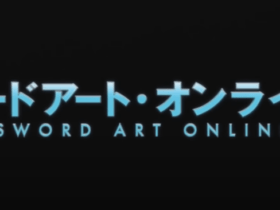 Jujutsu Kaisen 0 has officially begun its theatrical run in North America and other areas outside of Japan. Viewers need to see it if they want to stay up with the anime’s whole story as it moves into the second series and beyond.

When a new anime film based on an existing property is released, the question is, whether to watch it or not if they haven’t even seen the series.  The same goes with Jujutsu Kaisen 0: The Movie. Anyone can watch Jujutsu Kaisen 0 as a newbie as well as a seasoned fan.

To highlight the important points, Jujutsu Kaisen 0 not only provides a comprehensive introduction to Yuta Okkotsu, who ends up being one of the series’ most essential characters, but it also clarifies some major riddles about what happened in the first season of the TV series.

There will be even more huge questions and stories in the second season that will be explored as well. It’s part of a significant pattern in which each of these major Shonen supplements will take place within the main release’s genuine narrative according to the written news on the Comicbook webpage.

Jujutsu Kaisen 0: Jujutsu High is a comic book written and illustrated by Gege Akutami that debuted in Jump GIGA on Apr 28, 2017. Yuta Okkotsu is tormented by the soul of his boyhood buddy Rika, who was killed in a car accident. The spirit is no longer the sweet girl he referred to as his adored. Instead, her spirit has been cursed, manifesting as a hideous monster that defends him without his will.

In Jujutsu Kaisen 0, you enter a world filled with monsters, curses, and battles. It’s top-tier animation combat, but it’s also one of the most emotional stories that will be seen about grief and remorse.  Instead of focusing solely on the usual kid with enormous strength theme that characterizes much shonen, Jujutsu Kaisen 0 tells the narrative of an adolescent dealing with a childhood disaster.

Jujutsu Kaisen as a series does a fantastic job of getting the viewers invested in the side characters, not just the chosen one. In reality, Gege Akutami and MAPPA have usually guaranteed everybody who shows up gets depth and backstory, and the feature film is no exception. When you watch Jujutsu Kaisen 0, you get more than just a thrilling plot; you also get a trio of heroes who are both well constructed and perfectly written.

Jujutsu Kaisen 0 is hands down the best animation. From the action sequences and creature design to capturing deep emotional moments, studio MAPPA turns the volume up as high as it can.

Jujutsu Kaisen 0 has by far the greatest animations you will see in a film. Studio MAPPA cranks up the volume on everything from action scenes to creature design to achieving deep emotional moments. With such a high bar established by the anime, MAPPA has gone all out to create an action-packed movie that pushes the limit, according to the But Why Tho website.