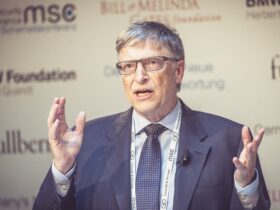 According to Seoul, North Korea fired a missile earlier today, but it rapidly failed after liftoff. Experts said the unsuccessful launch, which left debris and toxic rocket fuel cascading down on Pyongyang, was most likely a test of Kim Jong Un’s so-called “monster missile.”

The Hwasong-17, which was initially displayed to the North Korean public at a massive military parade in October 2020, is considered to be capable of carrying several warheads and has a maximum range of 9,000 miles (15,000 kilometers), allowing the pariah state to strike any target in the United States.

North Korea might pose a serious health threat to its citizens

The failed launch this morning comes after the United States reported North Korea was prepared to fire an intercontinental ballistic missile (ICBM) at the full range for the first time since 2017, as per Daily Mail.

In January, Pyongyang conducted seven missile tests and twice launched components of what it said was a “reconnaissance satellite,” which South Korea and the US think were Hwasong-17 tests.

According to the South Korean military, the satellite tests on February 27 and March 5 were also conducted in Pyongyang’s Sunan area. However, Kim Jong Un would be humiliated by the failed test launch, which might potentially pose a serious health threat to North Korean people.

Per NK News, the missile had a catastrophic malfunction shortly after launch and burst near Pyongyang, sending missile debris and poisonous rocket fuel pouring back towards the earth.

If the missile’s remains were to crash into a populated region, they may constitute a serious health concern, both in terms of falling debris and the toxicity of the missile propellant. The missile most certainly employed a liquid-fuel propellant, according to Ankit Panda, a senior fellow at the Carnegie Endowment for International Peace’s Nuclear Policy Program, which may cause serious burns to anyone exposed to it.

Is China Not Really Interested in Russia-Ukraine War? Here’s What Xi Jinping Says!