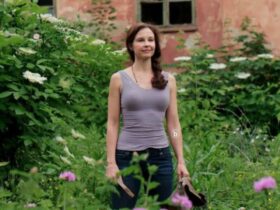 Get To Know About Ashley Judd Partner 2021

A number of additional Mario Kart 8 Deluxe courses have also recently been added to the subscription system. Although Switch Online and its Upgrade Pack tier still don’t have the same number of games as Microsoft’s Xbox Game Pass, the variety of games has significantly grown in recent months.

The ‘Upgrade Pack’ online tier from Nintendo costs $63.99 for a 12-month individual subscription for a single account or $99.99 for a 12-month family plan up to eight accounts, based on the published news on the Mobile Syrup.

Subscribers also receive access to a Nintendo 64 virtual system in addition to the SEGA Genesis virtual console. The game library for this system has already grown significantly, there’s plenty for players to enjoy. Light Crusader debuted in 1995.

Players roam the land knocking down enemies and solving puzzles in the action-adventure title. There are numerous dungeons to explore, each with its own set of adversaries and tasks to solve.

Super Fantasy Zone is a game for individuals who prefer side-scrolling action. In this game, they will take on the role of Opa-Opa, who must defeat waves of enemies in order to avenge his father’s death. Alien Soldier was the final SEGA Genesis game to join the service today.

This run-and-gun side scroller features fast-paced action as you take down Alien adversaries in a variety of stages. The game was first released in 1995, and it is a great introduction to the Nintendo Switch Online + Expansion Pack roster according to the Dot Esports news website.