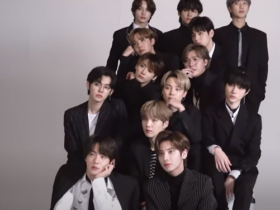 Number of retirees to increase in 2035

Longer life spans, a shrinking population of working age, and an increase in the number of pensioners are all contributing to the problem. The number of individuals aged 65 and over in the United States will have increased to over 78 million by 2035, up from roughly 56 million presently. As a result, more people will withdraw funds from the Social Security system while contributing less.

However, this does not imply that the program will run out of funds. Payroll taxes will cover approximately 76 percent of scheduled benefits. However, if the 21 percent funding deficit isn’t addressed, it may reduce retirees’ Social Security payments, and employees may be required to pay more into the system. According to experts, this is how Social Security could appear in the future if no reforms are made, Yahoo Finance reported.

The trust funds for “Old-Age and Survivors Insurance” and “Disability Benefits” come from three places. The 89.6% arrives from the 12.4 percent Social Security tax paid on most American workers’ earnings, either through FICA payroll taxes (and employer matching) or through SECA taxes paid by self-employed people via their IRS filings. Social Security claimants pay 3.6 percent in income taxes on their payments and 6.8% in interest on the money in the trust accounts, aarp.org wrote.

The trust funds had $2.9 trillion in reserves at the end of 2020, but benefit payments are steadily outpacing income due to demographic and actuarial factors. While the baby boomers increase the number of pensioners (by living longer and collecting benefits), following generations will have fewer employees paying into Social Security.