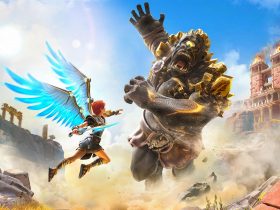 In the 73 days after its release, the anime film Gekij-ban Jujutsu Kaisen 0 has sold 8.85 million tickets for a total of nearly 12.3 billion yen or roughly US$107 million. It becomes the 23rd highest-grossing picture in the Japanese box office record.

In its first three days, the picture grossed 2,694,128,150 yen (about $23.5 million) and topped the box office list for the weekend. There are also IMAX, 4D, and Dolby Cinema screenings of the picture. On March 18, the film will be released in the United States and Canada with English subtitles and an English dub, as per Anime News Network.

Yuta Okkotsu is an anxious high schooler with a big problem: his childhood buddy Rika has turned into a Curse and refuses to leave him alone. Satoru Gojo, a teacher at Jujutsu High, a school where aspiring exorcists learn how to resist Curses, notices Rika’s struggle since he is no ordinary Curse. Yuta is persuaded to enroll by Gojo, according to Mobile Newspepar.

Yuta is possessed. His childhood friend Rika’s ghost has been following him since she perished in a road accident. Her spirit, however, does not resemble the sweet girl Yuuta once knew. Yuuta is powerless to stop the bloodshed that follows Rika’s cruel vengeance because she is unable to control her aggressive actions.

As a result, when confronted with “Jujutsu” sorcerers, Yuuta wishes to be fully isolated so that no one else is harmed. Satoru Gojou, the master sorcerer who apprehended him, has other plans for him: he will enroll at Jujutsu High School and learn to control Rika in order to assist people.

Netflix To Release Akuma-Kun Anime Worldwide; When to Watch, Trailer, and Everything You Need to Know!

Phone Battery Saving Tips You Wish You Knew from the Start