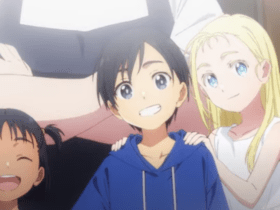 Case rates are declining dramatically following the Omicron variant surge into the COVID-19 pandemic, and most states are easing restrictions.

For the time being, Hawaii, Illinois, Washington, and Oregon are the only states that require most people to wear masks indoors, though the latter three have already said that their restrictions will be lifted eventually, as per WKYC.

According to data from the Centers for Disease Control and Prevention, about 65 percent of persons in the United States are fully vaccinated, and around 43 percent have gotten their booster dose as of Feb. 22.

From pandemic to endemic

But when will the COVID-19 pandemic cease and the country as a whole switch to an endemic stage? According to Google Trends, interest in this topic has been consistent for the past month.

The WHO is also considering how to shift from an acute pandemic response to long-term, sustained disease control, and its 2022 Strategic Preparedness and Response Plan, which will focus on this transition, is due to be released by the end of February.

According to ABC News via MSN, pandemics are disease outbreaks that spread widely and rapidly across a huge area, with exponentially increasing cases. Endemic viruses, on the other hand, are always present and propagate in a predictable manner. Because of this predictability, healthcare institutions and clinicians can plan ahead and adjust, minimizing the number of people who die.

Dr. Daniel McQuillen, president of the Infectious Diseases Society of America and a senior physician in the division of infectious diseases at Beth Israel Lahey Health in Massachusetts, said that for a pandemic to reach an endemic phase, it would need to be “a situation where you have a background level” of disease.

Officials seek on what it takes for COVID-19 to shift

This implies that, while some people might still become sick, the number of infections would not be so high as to overburden the public, hospital systems, and providers.

An example of an endemic virus is the seasonal flu, sometimes known as influenza. In the past, H1N1 influenza has spread pandemics of variants, such as Spanish flu in 1918 and swine flu in 2009. Variants of these are now seen in many respiratory viruses that we come with on a daily basis.

It’s still too early to say if the country has entered an endemic phase without knowing if another variant is on the way and without a predictable pattern of disease. Despite the new restrictions, many experts are wary of declaring the country to be in an endemic phase just yet since only time will tell if a new strain emerges and causes comparable havoc.

Now that more than 75% of Americans have been vaccinated, experts are optimistic that the country will be able to better control the illness and enter a new endemic phase, in which we can control the disease rather than it controlling us.

Ukraine Uses Donations From Cryptocurrency for Military Supplies; How Long Would This Help The War-Torn Country?