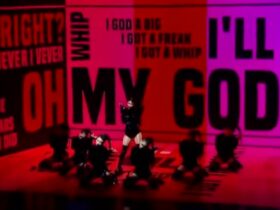 All You Need To Know About My Teenage Episode 3

Queen Elizabeth II of the United Kingdom was once threatened by her late husband, Duke of Edinburgh Prince Philip, who threatened to throw her out of the car. Gyles Brandreth, an English writer who is also a royal biographer and a friend of the late Prince Philip, revealed the newest revelation.

When asked about the incident in which Prince Philip threatened the Queen, he stated it occurred while Lord Mountbatten was accompanying the royal couple through Cowdrey Park.

Prince Phillip was driving too quickly and had lost control of the steering wheel. The Queen was yelping and pulling in her breath and flinching, according to Brandreth, as he drove so fast. Then Prince Philip turned to her and said, “Look, if you do that again, I’m going to throw you out of the car.”

On April 9, the Duke of Edinburgh passed away peacefully at Windsor Castle. He was Britain’s longest-serving consort, the word for a reigning monarch’s spouse. The Queen and Prince Philip have been married for 73 years. Despite being trimmed down, his burial was held in strict accordance with the British government’s COVID-19 rules, Republic World reported.

According to reports, the Queen will never live at Buckingham Palace again, allowing Her Majesty to be closer to Prince Phillip’s last resting place. After spending two years “working from home” in the 1,000-year-old castle, Windsor Castle is expected to become the Monarch’s new permanent home.

After spending most of the lockdown there with Prince Phillip, she is thought to prefer the historical mansion. Her Majesty would be able to spend more time with her late husband, who is buried in the Royal vault in Windsor Chapel. Buckingham Palace, which has served as the monarchy’s official residence since 1837, is now undergoing a ten-year, $486 million renovations, as per The Sun.