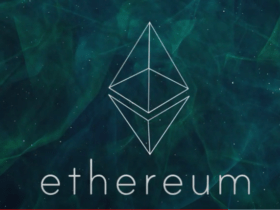 Netflix said on Sunday that in 2023, it will exclusively stream Akuma-kun, Shigeru Mizuki’s next anime project based on the Akuma-kun comic. A new trailer was also released by Netflix. Mephisto the Third and hero Akuma-kun the Second/Ichiro. Yuki Kaji will also be lending his voice to the main character.

Shigeru Mizuki, the late author of GeGeGe Kitaro, developed Akuma-kun. The first rental manga series began in 1963 and finished in 1964, with multiple subsequent editions. Kodansha released two editions, whereas Shueisha published only one. Akuma-kun: Nostradamus Daiyogen, which ran from 1993 to 1994, was the last version of the manga. Throughout the story, various characters have utilized the Akuma-kun moniker, as per the Anime News Network report.

The characters and staff

In Akuma II, Yuuki Kaji voices Ichirou Umoregi, while Toshio Furukawa and Yuuko Mita reprise their roles as Mephisto II and Shingo Umoregi, respectively, from the previous series. Mephisto III will also be voiced by Furukawa.

Between 1963 and 1964, Shigeru Mizuki released three volumes of the original supernatural manga with Toshansha. Over the years, he continued the brand with many installments. In 1989 and 1990, Toei Animation released a 42-episode television anime and two anime films.

The 1989 animation is based on the Saishinban Akuma-kun manga, which ran from 1988 to 1990. Other media adaptations include a live-action series and a video game, in addition to two anime films. Several projects were unveiled during the Mizuki Shigeru 100th Birthday Festival in March 2021, including the new anime, as reported by the Anitrendz site.