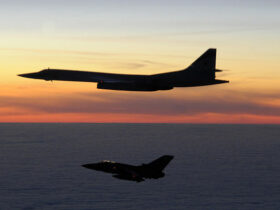 Ni-ki tells the camera that he discovered an idol he admires, SHINee’s Key, who watched ENHYPEN’s rehearsal from the audience, which made him very nervous.

Ni-ki is overjoyed to be standing on the same stage as him. He has been looking forward to seeing the idol since learning that Key would be an MC for Gayo Daejeon. Key and Ni-ki first met when Ni-ki was performing as one of SHINee’s dancers in elementary school.

And, while he wished he could greet Key, Ni-ki “thought he’d be too busy being the MC,” so he didn’t say anything. However, Ni-ki didn’t have to worry because Key crossed paths with ENHYPEN and enthusiastically greeted Ni-ki. Key hugged Ni-ki and inquired about his well-being, Snooper Scope posted.

Key admits to having observed ENHYPEN’s rehearsal. Ni-ki beams as Key recalls how small Ni-ki was when they first met and how Ni-ki is now even taller than him. Even though their meeting is only temporary, Key wishes Ni-ki luck in his performances and tells him he’ll see him later.

Ni-Ki was a childhood fan

After some investigation, netizens discovered that he is a dedicated member of SHINee World in Japan and worships the idols just as much as we do! Fans discovered and shared cute photos of ENHYPEN Ni-Ki online, showing him wearing similar outfits to Key, visiting the exact locations like him, trying the same foods Key enjoyed, and even attending concerts and fan meetings.

However, the most touching moment was learning that when Ni-Ki was a young child, he performed to one of SHINee’s songs during a fan-event portion of a concert held in Japan at the Tokyo Dome, KpopStarz wrote.