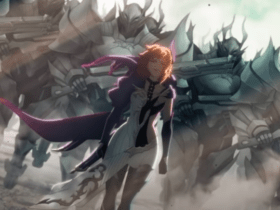 According to a royal expert, Prince Charles has had a long-term strategy to reduce the monarchy once he reaches the throne, and it might serve as a warning given recent high-profile failures.

Of course, the firm has experienced some significant structural changes in recent years. The Duke and Duchess of Sussex have chosen that their future will not be spent in the United Kingdom, and Prince Andrew is unlikely to return to public life.

However, experts fear that the mandated changes just scrape the surface of what’s to come. Prince Charles has been preparing for the new age for some time, and he has Palace “hangers-on” in his sights.

The 73-year-old has long been said to be planning a massive shake-up of when he becomes king, which may include royal residences. The weight of this obligation has fallen largely on the Prince of Wales. Senior royals are acutely conscious of the need to demonstrate value for money, as per MIRROR.

What will happen to Buckingham Palace when Prince Charles becomes king?

As royal watchers like to remark, Queen Elizabeth has spent most of her 70-year reign in Buckingham Palace, “living above the shop.” However, the 95-year-old monarch has moved out and has no intentions to return.

On Friday, it was revealed that the queen will not attend Monday’s Commonwealth Service – an event close to her heart — due to concerns about her mobility, according to reports. Other members of the family are already plotting their moves for when Prince Charles becomes king, much like chess players.

Of course, Her Majesty’s exit from Buckingham Palace opens the door for Prince Charles and Camilla, the Duchess of Cornwall, to move in. Buckingham Palace, the official London residence of British sovereigns since 1837, is in the middle of a 10-year, $483 million (£369 million) renovation.

Queen Elizabeth had only intended to move out of her private chambers there for a short time and go to another area of the palace. Her quarters in the North Wing are the last to be renovated, and the project won’t be completed until 2027 when the queen will be 101 years old.

Regardless, Prince Charles is said to have been informed about the residences that he and Camilla are supposed to be moving into. They are now residing in Clarence House, the former residence of the queen mother, which is located just a short distance from Buckingham Palace. For the time being, the palace is doing everything it can to ensure Queen Elizabeth makes it to her Platinum Jubilee, which will mark her 70th year as queen, PageSix reported.

Vladimir Putin’s Sanity in Doubt: Russian President Allegedly Paranoid, Tries to Bluff His Way Through During the Pandemic