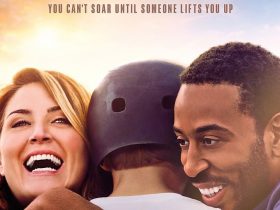 Do you want to know who Dusty Springfield’s partner is?

Dusty Springfield became a well-known and successful British female singer throughout the Atlantic in the 1960s. Her first single, “I Only Want to Be With You,” was an overnight sensation amongst music enthusiasts.

Another overnight success was her subsequent album, A Girl Called Dusty (1964).

The album featured soulful covers of Lesley Gore’s You Don’t Own Me along with, The Shirelles’ Will You Still Love Me Tomorrow? Together with Ray Charles’s Don’t You Know? Dusty’s first collaborations with Burt Bacharach and Hal David also included: “Twenty-Four Hours from Tulsa” along with “Anyone Who Had a Heart.”

Aside from her impactful career in music, Dusty was also involved in the tv industry, hosting numerous episodes of the hip 1963-1966 British TV music series Ready Steady Go! Later, she hosted her own series on the BBC and ITV.

Dusty Springfield’s personal life has received an ample amount of media attention over the years, including several rumors circulating about her sexual orientation. Let’s look at all the details and lesser-known facts to find out who Dusty Springfield’s partner is.

Who is Dusty Springfield’s companion?

Dusty allegedly had a few love affairs and multiple same-sex relationships between the 1970s and 1980s before meeting American photojournalist Faye Harris.

The couple had many ups and downs during their relationship, but it was only for a small duration, and both decided to end it. In 1981, the pop singer supposedly had a six-month relationship with singer and musician Carole Pope. However, reports say the artist still needs to validate it.

Dusty reportedly married Teda Bracci in 1983, despite being extremely private regarding her private life. Their marriage, however, was not acknowledged under California legislation at the time. Their marriage was short-lived, and it was widely speculated the couple had a complicated relationship.

It was gradually revealed that Teda allegedly hit Dusty in the mouth with a saucepan, causing severe damage and requiring the singer to undergo plastic surgery. The two allegedly got into certain violent clashes that once resulted in an incident that sent both of them to the hospital.

After two years, the couple decided to part ways. Dusty was reportedly terrified and worried that if it became public, it would hinder her career and cause her fans to stop listening to her songs; thus, the artist avoided speaking about it.

Dusty Springfield Discusses her Personal Life to the media

Dusty Springfield was open about her personal life in 1970, looking back on her several-year relationship with fellow singer Norma Tanega. The artiste openly admitted that she had affairs with numerous people, which she has learned to deal with because she knows she is perfect and can be swayed by both boys and girls. She said that more and more people are feeling the same way, and she doesn’t understand why she shouldn’t.

While the popular singer was able to overcome her alcoholic challenges, her alleged mental condition worsened over time, and she was admitted to a closed psychiatric ward at New York’s Bellevue Hospital as Dusty tried to commit suicide multiple times. Springfield had also been diagnosed with an indentation in her breast in 1994, and she was later diagnosed with cancer, which caused her death after five years. Then she was at the age of 59.

Read Also: Who Is Witney Carson’s Partner? Know about the love life of the DWTS dancer