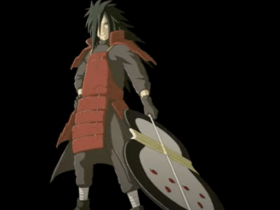 It may be a Kpop group thing, but the role of the members in a Kpop group is crucial to fans. “Maknae,” or the team’s youngest member, is usually depicted as cute and adorable. A maknae is the group’s youngest member and may be given a nickname other than maknae, such as “Golden Maknae,” depending on its personality.

The eldest member of most Kpop groups is the leader, or in some cases, someone who has trained for a more extended period or for any other reason. However, it is extremely rare for the group’s maknae to be appointed as leader, according to All Kpop.

Here are nine Kpop idol maknaes who exude solid leadership skills and have a little bit of everything by Soompi.

The original K-pop group, the trio’s leader Seo Taiji is the youngest of the trio.

Sungjae was elected by chance to fill the position of leader while Minhyuk and Eunkwang were away on military duty. All jokes aside, the members know their maknae best, and they wouldn’t entrust him with the position unless they were confident he was capable.

For the first time meeting Hwasa, you’d think she’s the leader. That is because she is unapologetically herself and always speaks her mind, owing to her strong and confident personality. She is also very warm and wise, making her the ideal runner-up.

Seungyoon was WINNER’s leader from the beginning, but he only became the group’s maknae after Nam Taehyun left. In any case, he fits right in with this feature because he has demonstrated his leadership potential over the years.

Another idol who assumed leadership of a sub-unit is Seohyun. Taeyeon and Tiffany recognized and praised her abilities and chose to represent TTS. It isn’t surprising given Seohyun’s history of selflessness, empathy, and cool-headedness when the stakes were high.

Yugyeom possesses the qualities of a leader, and Jay B concurs. Indeed, when the two formed their sub-unit Jus2, the maknae was named leader. According to Jay B, Yugyeom’s leadership abilities stem from allowing members to be themselves.

The golden maknae has keen leadership quality. While seeing RM rap was the primary reason Jungkook joined his current label, he looks up to his leader in all facets of life.

While the group does not have a leader, many fans enjoyed speculating on which member would fill the role if it became available. Lisa’s name was mentioned frequently, and it’s easy to see why given how her presence and aura dominate every set she’s on and every person she interacts with

On camera, we frequently see Suho and Sehun being playful, but there is more to it. Suho stated during one of EXO’s concerts that Sehun often said that he would do well as a leader, so he wants to give him that opportunity one day to see how well he would do.