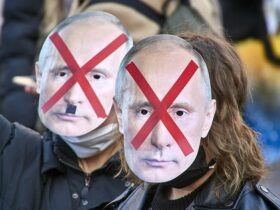 Millions of low- and middle-income people will have more money this year, as long as they remember to fill out the correct form when tax season arrives.

Last week, the Internal Revenue Service (IRS) broadened the eligibility conditions for the Earned Income Tax Credit (EITC), allowing those who are at least 19 years old and without children, as well as 18-year-olds recently released from foster care or suffering homelessness, to apply.

Who can get EITC?

The EITC was exclusively available to parents, childless persons between the ages of 25 and 64, and older and younger Americans with dependents before this year’s revisions.

President Joe Biden changed the EITC last year under the American Rescue Plan Act, granting temporary eligibility to all filers over 18 without children, a change that is now permanent, reflecting the federal government’s ongoing expansions of the EITC to help more Americans struggling financially during the pandemic. EITC claimants can receive up to nearly $7,000 in credits.

The EITC has long been a tax benefit for low- and middle-income employees, with credits ranging from $560 to $6,935 in 2022. The amount received is determined by the individual’s income and filing status.

Having children was an additional qualification until this year. Last year, the American Rescue Plan lifted the child requirement temporarily, approximately increasing the maximum credit for childless employees from $538 to $1,502, and expanding eligibility to childless Americans under 25 and over 65.

Income criteria for the tax credit in 2022

The income qualifying criteria is still determined by the number of children a filer has. For example, filers without children must have incomes of less than $21,430, or $27,380 if filing jointly. The maximum amount a family can earn and still be eligible for the credit is $57,414, which is the limit for a married couple filing jointly with three or more children.

The EITC increases when one’s income decreases. Because it is a refundable tax credit, lower-income taxpayers who owe little (or no) income tax can receive the entire credit amount as a tax refund.

Per Business Insider, filers whose refunds are largely or entirely based on the EITC will receive their money after mid-February, according to Sallie Mullins Thompson, a certified financial planner, who told Insider’s Jean Fogler in December that the IRS needed this timeline to screen for fraud.