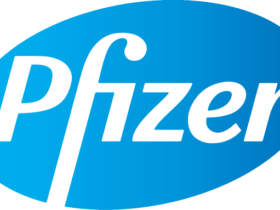 The Japanese anime series Requiem of the Rose King or Bara-ou no Souretsu is rooted in the novel of William Shakespeare.  The plot revolves around a young Richard III, the third son of the noble Duke of York, Richard Plantagenet.

Unlike his elder brothers, he was born as the family’s black sheep because he was born with a deformity. His mother cursed him and he grew up determined to prove his place in the family.

His path to glory is not easy. With the Wars of the Roses on the rise, he will have to rely on his cursed reputation to make himself known.

The episode also confirms that when action isn’t the main focus, the art and animation look better. The contrast of black and white is especially effective here, with Henry practically glowing angelically against Richard’s gloom.

Yes, it emphasizes their personalities, but it also works with Richard’s perception of them as his demonic darkness versus the light of love Henry offers.

This week also has fewer stills and faceless scenes, but the use of painted still shots of Henry and Richard in the river is notable, according to the post on the Anime News Network website.

The Requiem of the Rose King is based on A Midsummer Night’s Dream. It rings true for the relationships in the episode. Although the lines preceding are perhaps more pertinent here: Things base and vile, holding no quantity/Love can transpose to form and dignity.

Aya Kanno of Otomen fame created this manga, which has been serialized in the Shoujo magazine Bessatsu Princess since 2013. An anime adaptation was announced for 2021, but it has been pushed back to 2022.

The series, loosely based on Shakespeare’s plays Richard III and Henry VI, Part 3, follows the character of Richard III during the turbulent Wars of the Roses (1455–1487) period in English history. The manga has been serialized in Akita Shoten’s Monthly Princess magazine, according to the Fandom.com site.