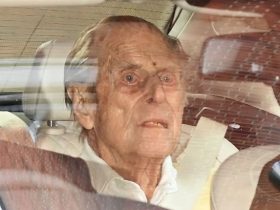 Sword Art Online is coming to VR in a special limited-time event on Monday, Feb. 21. From tomorrow, fans of the critically renowned animated series Sword Art Online can explore a massive virtual world incorporating iconic places from the show.

The VR exhibit starts in the “Town of Beginnings,” a free area with interactive weapons and a huge screen showing the show, according to VR Scout.

The attendees can even transfer to other parts of the event arena and socialize with other fans for free. Free Boss Battles allow anyone to team up with other players to take on The Skull Reaper. Those who overcome this formidable foe will have their names etched on the stone monument in the Town of Beginnings.

This event is free for VR and gaming PC users. For an extra charge, they may access even more fascinating content. The Underground Labyrinth, for example, has a four-sided theater and an exhibition space with immersive audio-visual experiences.

Available tickets in other countries

As per VR Scout, the Ex-Chronicle Online Edition of Sword Art Online will begin on February 22nd at 1:00 pm JST and end on March 11th at 4:59 pm JST. A VR headset like the HTC Vive, Oculus Rift S, or Meta Quest 2 (only compatible with Link) or a 2D device like a PC or smartphone can access the event in virtual reality.

The tickets for the event are on sale for 3,300 yen (about $28) for those viewing the exhibition via smartphone or computer. The event costs 3,800 yen (about $33) for individuals using a VR gadget or a gaming PC app. During the event, ticket holders can visit the exhibit as often as they want, according to Anime News Network.

The Japanese edition of the event ran from November 20 to December 7 this year. “Sword Art Online: Ex-Chronicle” was a physical display that took place in Tokyo in 2019 and Kyoto in 2020 to commemorate the novels’ 10th anniversary.