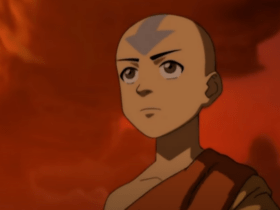 The Wedding Eve special of Detective Conan: Love Story at Police Headquarters will focus on the romance between characters Miwako Sato and Wataru Takagi who are also prominent in the next film that will be released.

It will be released on April 15. The special series will air on NTV, the same day the film releases in theaters. Miwako Sato and Wataru Takagi are two Tokyo Metropolitan Police Department officers that work under Inspector Megure in the first division, where Sato is presently Takagi’s boss.

The following anime episodes will be featured in the special: 205-206, 253-254, 304, 358-359, 535, and 681-683. At the conclusion of the special, there will be footage from the 25th film. Wataru Date, Jinpei Matsuda, and Kenji Hagiwara, all of whom appeared in the recent Meitantei Conan Keisatsu Gakk Hen Wild Police Story tv anime, will also feature in the special with a new language, according to the post on the Anime News Network. website.

Wataru Takagi and Miwako Sato are two Tokyo Metropolitan Police Dept officers that work under Inspector Megure in the first division, where Sato is presently Takagi’s boss. They begin to develop strong reciprocal feelings of affection for one another as the novel progresses.

Despite the fact that she is adored by many male coworkers, particularly Inspector Shiratori at first, Sato still passionately cares about and worries about Takagi, particularly in cases where his safety is jeopardized. She also notices in Takagi characteristics that reminded her of her late colleague, Jinpei Matsuda, with whom she had developed love feelings during their brief acquaintance.

Takagi, on the other hand, regards Sato as his senior and genuinely loves her as a lover, to the point of cheerfully laying down his life to keep her safe from harm. After overcoming various obstacles and hurdles, their connection was rumored to have progressed to a sexual level in some subsequent cases; however, the exact nature of this progression has yet to be established as published by the Detective Conan World site.