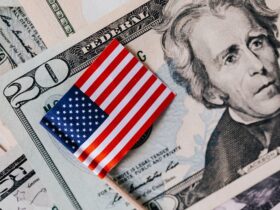 Stimulus Checks in March: Here’s What You Can Claim to Ease Your Financial Burden

The Defense Advanced Research Projects Agency (DARPA) has launched the Neural Evidence Aggregation Tool (NEAT) program in an effort to develop a new cognitive science tool that focuses on mental health. Active-duty soldiers and veterans who are at risk of taking their own lives will be identified more accurately as a result of the new policy.

Suicidality cannot be predicted using current methods, such as self-reporting and screening questionnaires. DARPA’s new tool will use preconscious brain impulses to detect people who are at risk of taking their own lives.

According to Army Technology, former Army surgeon Greg Witkop, program manager for DARPA’s Defense Sciences Office, described NEAT as a proof-of-concept endeavor to develop a new tool for a mental and behavioral health screening that advances them beyond historical and current ways of questions and intentionally filtered answers.

Two technological areas will be covered by the NEAT program. It will focus on research and development, involving teams from cognitive science, biotechnology, and machine learning to address critical technical issues related to NEAT processes.

As per the report, independent validation and verification will be the focus of the second section. There is a 24-month proof of concept phase followed by an 18-month operational setting phase in the 3.5-year program.

DARPA sets out to make new ideas and even impossible things possible. The end result has been not only game-changing military technology like precision weapons and stealth technology, but also modern icons like the Internet, automated voice recognition and language translation, and GPS receivers small enough to put in many consumer devices.

According to its website, rather than making incremental improvements, DARPA aims for dramatic change. An innovation ecosystem that comprises academics, corporations, and governments works together with DARPA to produce new strategic possibilities and novel tactical alternatives for the United States military services.

Throughout the years, this robust and interconnected ecosystem of varied partners has proven to be an environment for DARPA’s intense creativity.