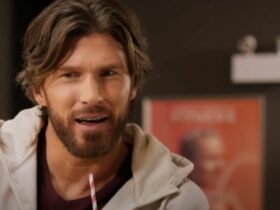 Forza Horizon 5 has received a new update from Playground Games on March 1, 2022, that includes sign language support. The Series 5 long-awaited ASL and BSL functionality to Forza Horizon 5 tools are available for all in-game cinematics and storylines for those who use sign language.

Playground Games and Xbox Game Studios’ Forza Horizon 5 is an exceptional open-world racing game. For its industry-leading accessibility and inclusive design, the game has already garnered a slew of honors.

Both American and British languages will be added as part of a free content update, according to Playground Games. This is a first for an Xbox Game Studios title, and it could be the first of its kind in general.

Enabling the option, which can be accessed under the Connectivity settings, provides an image display of an ASL or BSL translator during sequences. Players may easily select where the translator shows on-screen and from what color of settings, they emerge, as per the Screenrant news.

Playground Games showcased how the functionality will work in a video announcement, with pop-up translators showing on-screen during specific situations. For many deaf and hard-of-hearing gamers, American Sign Language is their first language, as explained in the video.

Many people find it challenging to follow ASL while reading English on-screen subtitles because it is a distinct language from English. Because of the on-screen instruction, players are not compelled to read in two languages at the same time. The new sign language component ensures that it is inclusive in a variety of ways. Visual aids for gamers can make a huge difference because sign language involves much more than just fingers.

The addition of sign language support is the latest in a long list of accessibility features in Forza Horizon 5. The game contains a variety of features, such as a color blindness mode and adjustable subtitles, to ensure that any player who wishes to play can do so easily, according to Games Radar.