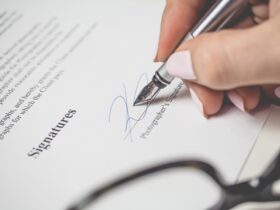 The first season is based on the comic of the same name by Eiichi Shimizu and Tomohiro Shimoguchi. It was such a hit that a second was shortly announced.

The finest and most complete teaser for Ultraman Season 2 was released. As well as confirmation that the new season will premiere on the streaming site on April 14 globally.

Along with the announcement of the release date, opening theme, and new teaser, Maaya Sakamoto will also join the cast of Izumi.

Joining Junichi Suwabe as Alien Pedanto, who was previously confirmed. Veteran directors Kenji Kamiyama and Shinji Aramaki directed the film for Production I.G. With SOLA Digital Arts, Season 2 will spice things up even more in the forthcoming episodes, with even more warriors entering the roster!

The first season of Ultraman is presently able to view on Netflix. According to the Comic Book Site.

Season 2 of  Ultraman is coming!

Netflix recently released a teaser of Ultraman Season 2 on January 6th, 2022, with an official teaser. Furthermore, the trailer included a series of fantastic 3DCG to keep the spectators interested.

Despite the fact that the final episode aired over two years ago, Ultraman continues to be popular. Apparently, hearing about an anime version of their favorite boyhood hero Ultraman piqued the interest of many fans.

Fortunately, another season featuring explosive action moments is on the way. As a result, let’s take a look at all of the Season 2 information we have.

Netflix has confirmed earlier in November that the 2nd Season would premiere in April 2022. With the publication of an official teaser, Netflix has announced the Season 2 release date.

In addition, the trailer has revealed the narrative of Season 2 and has demonstrated that it has a lot of potential to delight us.