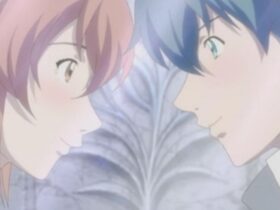 Eighty-nine percent of student-loan debtors who have just entered the job are financially equipped to begin paying payments as of November 2021, as per Forbes.

While the Public Service Loan Forgiveness (PSLF) Program, which was signed into law in 2007, appears to be on the right track, the Biden administration is still under pressure to extend widespread student loan forgiveness to as many people as possible.

According to Business Insider, your student loan won’t be covered by the existing forgiveness programs if:

1. You are working for a privately owned company

Only debtors who work full-time for a US federal, state, municipal, or tribal government, or a non-profit organization are eligible for the Public Service Loan Forgiveness Program after 120 consecutive payments, according to Daniel Rodriguez, AIF, COO of Hill Wealth Strategies.

This implies that workers in the private sector are not eligible for PSLF. Looking for letters following the firm’s name is a simple method to discover if the company you work for is private or non-profit. Private organizations are denoted by suffixes such as LLC, Inc., Corp., or S-Corp, and non-profit companies are denoted by 501(c)(3).

While only 416,000 borrowers are eligible for debt forgiveness and compensation as a consequence of the settlement, Navient’s decision sets a positive precedent for students seeking loan forgiveness.

While refinancing your student loans may make monthly payments more affordable and cut your interest rates, you may lose essential borrower protections in the process. Because you won’t be able to refinance your student loans through a federal servicer, you’ll need to take out a private loan that isn’t covered by student loan forgiveness.

If you refinance your student loans, you may lose access to COVID-19 interest-free forbearance and PSLF.

Nearly 70,000 student loan borrowers received $5 billion in loan forgiveness, according to the US Department of Education. The Biden administration announced significant changes to public service loan forgiveness in October.

The Education Department indicated at the time that $2 billion in student loans will be canceled in the coming weeks. While 22,000 student loan borrowers were projected to receive student loan forgiveness, recent data suggests that three times that many received it.

Fourth Stimulus Might Be Possible in the Early Part of 2022