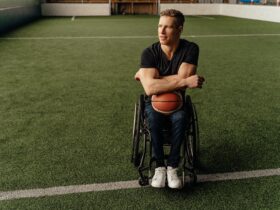 The popular short-form video platform, TikTok, is being investigated by state attorneys general to see if it harms young people’s physical or emotional well-being. The AGs are looking into whether or not the short-form video app violated any state consumer protection laws in their jurisdiction.

Several lawmakers in the United States have voiced concerns about the practices and computer-driven marketing of content on TikTok that they fear can harm young people’s health.

According to Daily Hampshire Gazette, the site has an estimated 1 billion monthly users and is notably popular with teenagers and younger children. As of last month, the state of Texas has begun an inquiry into allegations that TikTok has violated children’s privacy rights and helped facilitate human trafficking. California Attorney General Rob Bonta said that n the era of social media, many children feel pressured to live up to the filtered images they see on the app.

“We know this takes a devastating toll on children’s mental health and well-being,” added Bonta, as quoted in the report. It is claimed that TikTok’s computer algorithms are promoting eating disorders and even self-harm and death among young viewers because of the way they distribute video content.

Attendees during the annual lecture included Frances Haugen, a former Facebook employee who disclosed private documents revealing the company’s research into how its products affect the mental health of youth. As reported by CNBC News, while in Congress, her statement inspired hearings with tech leaders about how to better protect children on their platforms, which in turn led to new legislation requiring even stricter controls.

Massachusetts AG Maura Healey said that they must not allow social media to further affect their physical and mental health as children and teens already deal with concerns of worry, social pressure, and despair.

The report also stated that Healey’s press statement stated that the Attorney Generals will investigate the app’s potential effects on young people and TikTok’s knowledge of such harms. That includes a look at TikTok’s methods for increasing user engagement, increasing the amount of time spent in the app.