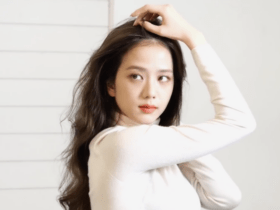 At least 350 demonstrators were detained in 13 Russian towns on Monday. Among them was a mother, Ekaterina Zavizion with her 7-year old daughter Sofya.

As per the OVD-Info rights group, which tracks political arrests, the girl is visibly distressed as she grips her mother’s hand through the steel barrier. Sofya, 7, sobs as she speaks to her mother, Ekaterina Zavizion after the two were jailed in St Petersburg with a group of demonstrators.

According to OVD-Info, almost 6,000 individuals have been detained in the last five days of protests. Ekaterina Zavizion and her seven-year-old daughter Sofya had gone to drop flowers outside the Ukrainian embassy in Moscow with a group of other moms and their children.

Before they were all approached by armed cops and brought first into a police vehicle, then to cells, the kids had also crafted ‘No to War’ banners. Their cellphones were taken away then they were transported by vehicle to the Presnenskoye precinct.

The cops allegedly yelled at the parents, warning that the children would be taken away from them and that they would lose their parental authority if they did not comply, as per the report of the Mirror news.

Devastating situation in the middle of a war

In a video, a Russian mother tries to explain to her crying daughter why she and her daughter have been arrested for protesting the Ukrainian war.

During their conversation caught in the video, Ekaterina Zavizion tells her daughter Sofya that everything will be alright, and that the child must trust her mom. Ekaterina also explains that the police do not permit a lot of people to gather around so as not to judge that they are proposing the war. Sofya asks her mother if she will be able to get out and when in between sobs and tears.

Ekaterina and Sofya, as well as another mother Olga Alter, and their other children Gosha Petrov, 11, Liza Gladkova, 11, David Petrov, 7, and Matvey Petrov, 9, were also imprisoned.

The cops first placed them in a police van and transported them to the Presnenskoye police department.

Thousands of people have been detained in Russia as a result of anti-war protests. Alexei Navalny, Putin’s arch-enemy, has called for daily rallies at 2 p.m. from his jail cell.

It is reported that the mothers and children were detained while attempting to lay flowers at the city’s Ukrainian embassy. A young woman in a green cap holds a banner that reads “No to War” in Russian and is surrounded by little Russian and Ukrainian flags. With the van, another girl in a pink jacket distributes flowers and appears to be in tears.

Anti-war protesters in Russia have been detained in large numbers, and authorities have censored social networks and threatened to block independent news outlets, as reported by The Sun news.

WHO: Hospitals in Ukraine May Run Out of Medical Oxygen, Omicron Cases on The Rise