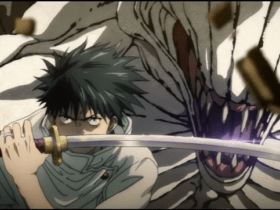 What happened to all of the money from the largest stimulus programs? The Paycheck Protection Program was a colossal failure.

MIT economist David Autor and his nine co-authors looked into the $800 Billion Paycheck Protection Program.  It was drafted by Republicans and Democrats in Congress with the intention of assisting businesses in keeping their workers employed during the COVID-19 crisis. The research follows the money to discover where it went and what it accomplished. The outcome isn’t good.

Despite the fact that 93% of small enterprises secured loans under the program, only two to three million employment were saved. For each job, the plan paid between $170,000 and $257,000!

According to the report, just 23% to 34% of the program’s funds went to workers who would have lost their employment. The majority goes to business owners and shareholders.

The authors find that the advantages of the program were extremely authoritarian, meaning that they favored the rich, with around 75% of the gains going to the top 20% of earnings.

Is all of this an efficient use of $800 billion in public funds?

Some individuals may be inclined to look at the good aspects of the program, noting that it did assist numerous people. People cannot assess government actions without taking into account the economic cost.

What could $800 billion have been used for if it had been in the hands of private individuals? It seems every dollar spent by the government must originate from taxpayers, either wholly or partly.

The money donated to private charities and invested in private enterprises and jobs does not produce more jobs and wealth. Self-interest outweighed economic efficiency in such a huge government spending project, which is regrettable but really not surprising, as published by the SGT Report site.

Remember that the $2 trillion CARES Act, introduced in March in the immediate aftermath of the epidemic, blew the budget shortfall out of the water and squandered countless billions of public funds. Due to fraud, that single unemployment expansion lost more money ($26 billion) than the whole unemployment system spent in 2019.

Based on the post of Real Time Economics of Wall Street Journal on Twitter, as Congress contemplates a new round of funding, reports of waste and abuse in the Paycheck Protection Program are flooding federal watchdogs and prosecutors.

There was significant evidence of widespread potential misuse and fraud in the PPP, according to a government monitor within the Small Business Administration, as featured by the Fee Stories.

Thousands of firms obtained PPP loans for which they appear to be ineligible, according to the watchdog. According to their headcounts and compensation rates, tens of thousands of organizations appear to have gotten more money than they should have.