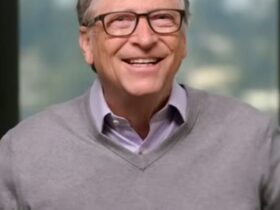 Scientists from the Natural History Museum of Denmark and the GLOBE Institute at the University of Copenhagen melted sand from the Hiawatha crater to date the impact event. Using the uranium fingerprint of the crystal zircon, scientists from the University of Copenhagen and the Swedish Museum of Natural History dated rocks from the crater. Both teams opted for 58 million years. Greenland was not covered in ice at the time, but rather a temperate rainforest.

According to Space.com, the asteroid that produced the crater hit Earth with a force several million times that of an atomic bomb. While that impact would have obliterated much of Greenland, scientists are unsure of its influence on the global climate.

Unlike the most famous asteroid impact, which created the Chicxulub crater in Mexico and wiped out the majority of the dinosaurs 66 million years ago, the Greenland impact is less than a million years old. Nearly 6.5 times the size of Hiawatha, Chicxulub is the largest crater in the world. The Hiawatha crater will continue to be studied by experts in an effort to learn more about the impact it has on the local and global environment.

After all, the recently discovered asteroid that had been predicted to impact Earth next year is actually not going to do so, despite its size. The Palermo scale was used by astronomers to assess the likelihood and probable consequences of an impact. -2 to 0 is something that should be kept an eye on, and anything above -2 is a cause for alarm.

As reported by USA Today, Marco Micheli, an astronomer at the agency’s Near-Earth Object Coordination Center, said that asteroid 2022 AE1 had a -0.66 magnitude. By comparison to the 1945 atomic bombing of Hiroshima, its impact would cause significant destruction in the immediate vicinity.

Astronomers were concerned because the asteroid faded from the telescope’s vision after they determined a collision was likely due to the moon’s brightness and the asteroid’s orbit leading it further away. When the asteroid was seen a week later, astronomers were able to determine that it was a hoax by following its trajectory. The asteroid will not impact Earth in 2023, according to experts.