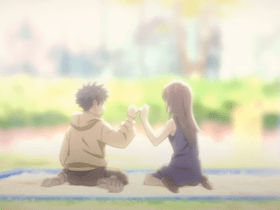 Over the course of time, the discrimination in women have always been present. From the oldest generation, society has set the standards and made most of us believe that women should do nothing else apart from tending the household and her family.

But things are changing. Change is the only constant in this world after all. Many women have proven the oldest beliefs wrong. Some women were able to make a name in their own field. There are those who have left legacies through their famous work but remained low-key in identity. In celebration of the International Women’s Month, these top 5 women scientists are just a sample on how women were able to help in science research discoveries.

According to siliconrepublic, there are women who have made some of the most interesting scientific discoveries and inventions. Even though their names may not be well-known, their stories are worth hearing.

Tharp was a geologist and a mariner. One of her ideas was to make topographical sketches of what the seafloor looked like.

In the North Atlantic, she found a rift valley. Her supervisor on the ship thought her idea was “girl talk,” and Jacques Cousteau was determined to show her wrong. But she was right, and her idea was very important to the theory of plate tectonics.

According to Britannica, Mária Telkes is an American physical chemist and biophysicist who invented the solar distiller and the first solar-powered home heating system. She worked as a research engineer for Westinghouse Electric after arriving in America in the mid-1920s. During WWII, she developed a solar distiller that evaporated saltwater and recondensed it into drinking water. Solar collectors and Glauber’s salt heat storage were used to constructing the world’s first solar-powered home heating system in Dover, Massachusetts.

Through the information shared by Ideas.Ted.Com, thanks to Lise Meitner, the discovery of the ability to split atoms altered nuclear physics and the world, paving the way for the atomic bomb and nuclear reactors came to light. Chemists Otto Hahn and Fritz Strassman were blasting uranium atoms with neutrons to learn more about their decay. But as a Jewish woman living in Berlin in 1938, she was obliged to evacuate to Stockholm, leaving her research behind. During her forced exile, Hahn and Strassman began to see some unusual and puzzling effects. She named and characterized what Hahn and Strassman discovered: fission.

Despite her assistance, Meitner’s men were credited with the find. In 1945, Hahn was awarded the Nobel Prize for “discovering heavy nuclei fission.” It’s a pity she was nominated for the Physics and Chemistry Nobels 48 In 1966, Meitner, along with Hahn and Strassman, received the Enrico Fermi Award from the US. Two years later, she died.

According to all that’s interesting, Barbara McClintock studied chromosomes, specifically what each pair performed, and linked them to physiological features in maize progeny. She also helped discover centromeres and predicted that telomeres are protective junk information at the ends of all chromosomes.

McClintock is most known for her 1948 studies on maize kernel color patterns. She revealed that the genetic loci responsible for genetic activation could not only turn genes on and off, but could also move about the chromosome. Her work and conclusions were so far ahead of their time that no one comprehended them. In 1983, after a few advances in genetics, she was awarded the Nobel Prize for her work.

As shared by The Guardian, In 1811, Anning and her younger brother unearthed the first complete ichthyosaur skeleton in the cliffs of Lyme Regis, Dorset. Anning’s lifelong fascination with fossils began with this discovery. As she grew older, she’d go out after a storm with her dog Tray, anticipating that the wind and rain would reveal a specimen among the limestone and shale. She went on to find the first complete plesiosaur as well as a pterosaur. Anning has impoverished her entire life and was sought after by scientists for her palaeontological findings and expertise, yet she was prohibited from official scientific circles. Her work was frequently featured and published without acknowledgement.

As stated by L’Oréal-UNESCO For Women in Science, women are pioneering groundbreaking research all throughout the world. Despite their great findings, women still account for only 33.3% of global researchers, and their work is rarely recognized. Women have received less than 4% of Nobel Prizes in science, while just 11% of prominent research positions in Europe are occupied by women.

As the world races towards a future endangered by climate change and resource shortages, the global scientific community must act quickly to recognize and promote the contributions of women scientists.