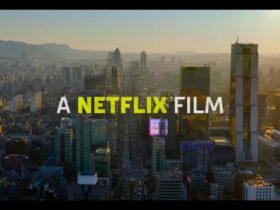 All about Sweet and sour review

Jujutsu Kaisen’s chapter that was supposed to debut in Shueisha’s Weekly Shonen Jump magazine’s 15th edition on March 14 will now debut in the 16th issue on March 19.

But due to the Health Problem of Gege Akutami the creator of the supernatural series, has been under a lot of pressure and according to the post on the Anime News Network, Jujutsu Kaisen will be on extended pause.

According to Shonen Jump News posted on Twitter, Jujutsu Kaisen will be on vacation due to Gege’s health creator of the said series. Akutami is currently on the way to recovery.

The artist Akutami was born in Japan in late February 1992. The artist began experimenting in art at an early age, drawing influence from popular anime series such as Bleach, Neon Genesis Evangelion, and even Hunter x Hunter.

After that, Akutami published a prelude to Jujutsu Kaisen in 2017, followed by his completely serialized novel in 2018.

This clearly shows Akutami has already been working constantly for the past four years, so it’s understandable if he needs a break. With Akutami’s health in jeopardy, fans want nothing more than for him to get the rest he requires according to the published news on the Comic Book site.

In March 2018, Akutami published the comic in Shueisha’s Weekly Shonen Jump magazine. As part of its Jump Start program, Viz Media released the manga’s first three chapters in English alongside its Japanese counterparts.

Jujutsu Kaisen debuted in Weekly Shonen Jump in 2018 and has since gained a considerable fanbase. It has been downloaded over 50 million times and sold over 50 million copies both digital and physically. A sequel film for the series is also in the works, with a release date scheduled for 2021.