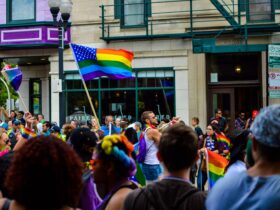 The Batman star Robert Pattinson had a conversation with Warner Bros. about taking too many Dark Knight socks from the shoot of Director Matt Reeves says the film is influenced by the DC series’ Batman. Pattinson plays a teenage Bruce Wayne who is young in his career as Batman.

Pattinson was questioned if he ever took any Bat-memorabilia home with him from the set of The Batman by Ali Plumb of BBC Radio 1.  After conceding that stealing anything from a movie set is practically difficult, Pattinson did mention that WB had spoken with him about his sock-theft, according to Vervetimes.

Meanwhile, Robert Pattinson said he wanted to make sure he didn’t have much of a physique to pat down to play “The Batman” and be prepared for his stripped-down moments, Pattinson methodically “counted swallows of water.”

In fact, he spent months preparing physically for the acclaimed part. On the red carpet night for the screening of “The Batman,” he said that he had approximately three months before the film began, and then he’s working out before and after work all the time, as published by the NY Post site.

Cycling crunches, dumbbell side bends, double crunches, and Superman holds are all part of a five-minute cardio workout.

He’s already been boxing, the article says. Boxing is one of the best exercises for improving fitness, speed, and strength because it burns around 800 calories per hour. Are you reminded of any particular cape-wearing superhero?

Pattinson has been seen on the beach doing military-style sandbag workouts has always advocated for long walks as a method to loosen up and free the mind.

Pattinson will jog 5-10 kilometers three or four times a week,” the article in Healthy for Men explains. Pattinson confesses that this level of training comes from a place that he may have neglected during his adolescence according to the Men’s Health news site.