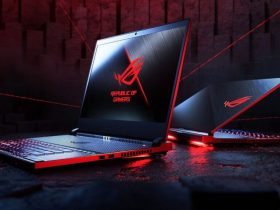 The Best Powerful Gaming Laptops to Watch out for in 2021

“Ozark” fans and followers are eagerly expecting the show’s final and fourth season, and in the meanwhile, they’ve identified a significant plot hole.

This year sees the release of the fourth season of Jason Bateman’s smash Netflix series. Find out when it will be released and who will be reprising their roles.

Season 3 of “Ozark” featured one of the most dramatic finales we’ve seen, leaving fans excited to see what the next season or following episodes have in store.

With each season, the money laundering and drug cartel thriller starring Laura Linney and Jason Bateman, in which a family moves to a small town to escape their issues, becomes darker and more dramatic.

“Ozark 4” continues up to where the 3rd season left off, with Wendy and Marty set to enter Navarro’s Mexico home after receiving the shock of their life, according to the Part 1 trailer. The cartel chief returns them to Missouri, telling Darlene not to restart her heroin business. The drug lord appears to want to leave the business and make a deal with the FBI, while the Byrdes’ son begins money laundering.

“Ozark 4” will, unfortunately, be the series’ final season. “All beautiful things must come to an end,” said Felix Solis, who plays Omar Navarro. This was excellent work that had to be completed. We don’t want to put things off until it’s too late.”