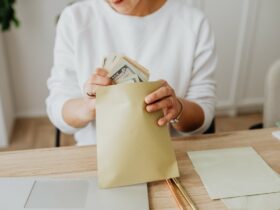 A Facebook video posted on Jan. 28 went viral, garnering over 20,000 views. Two other YouTube videos with similar names posted on Jan. 30 have also picked up a combined total of over 40,000 views, stating that they will deposit the money on Feb. 9.

There was no evidence of an imminent payout in any popular videos. Instead, the IRS verified to the news site that there is currently no fourth stimulus check on the way. A spokeswoman for the agency, Eric Smith, cautioned people against falling for these types of viral posts, stating that another stimulus check has yet to be issued, BestLife posted.

That’s not expected to alter in the immediate future. Even after Omicron’s growth, financial experts say they are not expecting a fourth stimulus check for individuals in the coming months. There have been recent legislative discussions regarding potential aid for small companies, restaurants, gyms, and entertainment venues that have been heavily hit by the latest COVID wave, according to Ed Mills, a Washington policy analyst at Raymond James, but nothing more. The conversation has not yet been extended to help people, Mills added.

Recently, appeals have circulated online for a fourth stimulus check to be issued, with many stating that although the payments have ceased, the pandemic hasn’t.

A Change.org petition with over three million signatures has been signed, demanding periodic $2,000 payments for adults and $1,000 payments for children until the pandemic is over. But no such payment has yet been approved, IRS spokesperson Eric Smith said. Unfortunately, this isn’t the first time someone has circulated disinformation regarding fourth stimulus cheques. In May and July of 2021, similar posts were also circulated, USA Today reported.