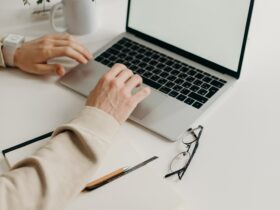 When it comes to paying their taxes in 2022, parents who had a kid in 2021 may have their refunds extended by $1,400. According to Newsweek, most individuals have already received their American Rescue Plan payouts in total, but those who haven’t may be able to claim their Economic Impact Payment as a Recovery Rebate Credit.

Parents with children born in 2021 will be eligible for the stimulus check early next year, according to Debt Bombshell’s head of marketing Scott McKinney, if they file their tax taxes beforehand. He also said they would still need to fulfill the income qualifying conditions.

According to the news published by Go Banking Rates, they need to make no more than $75,000 per year, as with previous stimulus payments.

Regardless of what the federal government does in 2022, people may be eligible for stimulus money in one form or another, depending on where they reside.

California, Georgia, Connecticut, Florida, New York, and Tennessee were among the states that provided additional stimulus funds. Some of those states may continue their programs into the new year, but they won’t be the same everywhere.

Some were practically universal, while others were limited to specialized vocations such as teachers or first responders. In contrast, however, others were only available to students or were administered through SNAP expansions.

Requirements to Obtain a $1,400 Payment

Parents can claim the child subsidy on their 2021 tax return, which will be completed in 2022, provided they qualify for the Recovery Rebate Credit.

The credit will be included in their 2021 return for those who qualify for an extra payment through the American Rescue Plan.

Dependents must be under the age of 19 at the end of the year unless they are a student or of any age but permanently incapacitated to be eligible. A kid, brother, sister, foster child, stepbrother, stepsister, half-brother or half-sister, or a descendent of any of these must also be a dependent.

As published by Marca News, some income restrictions must be satisfied to get the Recovery Rebate Credit payment. Taxpayers who have an adjusted gross income of less than $75,000 or $150,000 and are married and filing are eligible to receive the entire amount.