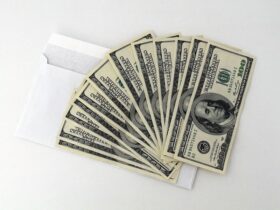 Last year in March, the approval of the most recent stimulus payments to enter Americans’ bank accounts were worth up to $1,400 per. Fortunately, consumers won’t be out of luck if they don’t obtain that money in 2021. That’s because they will be able to claim their stimulus when they filed their tax return in 2021.

On January 24, the Internal Revenue Service (IRS) announced that it would begin receiving tax returns. This is a step up from last year, when the IRS moved the start of the tax season to February, causing taxpayers to wait longer for their refunds to arrive.

As reported by The Ascent news, this year’s tax returns aren’t due until April 18. It’s been pushed back a few days due to Emancipation Day’s scheduling, a Washington, D.C.-based civil rights celebration holiday.

It’s important to get your taxes in as soon as possible if you believe that you’re entitled to stimulus money from 2021. If you don’t, you might be in for a long wait.

The IRS had a difficult year in 2021, as it battled to keep up with the influx of tax returns when it was short on employees. Unfortunately, part of that has been carried over into this year.

The IRS is currently believed to hold more than 11 million unprocessed tax returns from the previous year. The agency may have a hard time sorting through this year’s returns once they start coming in.

Things to Know in Filing Taxes

Later this month, the yearly tax-filing season will begin. It may not be appealing.

A number of difficulties might delay the process and make it more difficult to prepare a tax return. The Internal Revenue Service hasn’t gone through all of last year’s returns yet, Congress has added some additional complications, and the pandemic is still causing issues.

The National Association of Tax Professionals predicts that this will be the “most difficult year ever” for tax preparers and that many people would want additional assistance.

For a variety of reasons, Erin Collins, the chief of the Taxpayer Advocate Service, stated she was very worried about the next filing season, according to the news published by the AZ Central paper.

Monday, April 18, is the last day to file a 2021 return or a request for an extension. Because of the Emancipation Day holiday in Washington, D.C., the due date is three days later than usual, on April 15.

Due to a holiday recognized in those states, Patriots’ Day, taxpayers in Maine and Massachusetts have until April 19 to file their taxes. Taxpayers who want an extension will have until October 17 to file their returns.