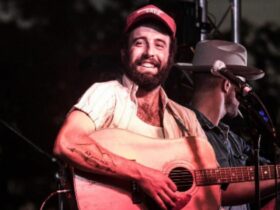 Anime based on Isuna Hasekura’s Spice & Wolf light novel series has been given the go-ahead by the author’s official website. The announcement does not indicate whether the anime is a sequel, a remake, or an entirely new piece of art. This year, the anime is celebrating its fifteenth anniversary.

In 2009, the second season of Spice and Wolf was widely considered to be its last, and while this upcoming project has yet to announce whether this will be the start of a third season or the continuation of the light novel series, it is expected that there will be a lot of fans wondering what direction this comeback will go in.

According to Comicbook, there is a new trailer and statement from the creators of Spice and Wolf to mark the anime’s comeback. Hasekura says that it has been fifteen years since Holo and Lawrence began their journey, and the team is eager to return to the franchise.

Spice and Wolf, a novel series written by Hasekura and illustrated by J Ayakura, was released in 2006. In 2011, the books took a hiatus and returned in 2016 with the 18th volume.

As reported by Anime News Network, in September 2021, the 23rd and last volume of the series was released.  It was released in North America in November 2021 by Yen Press, which also released the manga version. ‘Wolf and Parchment: New Theory Spice and Wolf’, a spinoff series by Hasekura, premiered in April 2016. Additionally, Yen Press is distributing the spin-off series in English and its manga adaptation.

Kraft Lawrence is well aware of the solitary nature of the life of a traveling trader. On the night of Lawrence’s encounter with the wolf goddess, the peddler had settled into his routine of traveling from town to town with his horse, cart, and whatever goods had come his way.

When Holo grows weary of harvesting crops in the countryside, she strikes a deal with a merchant to lend him her “Wisewolf” abilities in exchange for allowing him to take her along on his adventures.