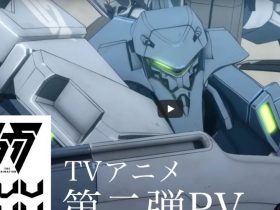 BLACKPINK Jisoo has a lookalike, and BLINKs can see her on TV regularly. BLINKs immediately recognized one of the female contestants, Ok Soon, has similarities with BLACKPINK Jisoo.

Fans couldn’t help but draw parallels between Ok Soon’s facial expressions in “I Am Solo” and their idols.

The contestant, who looks like Jisoo, is taking part in I Am Solo, a Korean dating variety show. Ok Soon was introduced as “Ms. Season Six’s bulldozer” and a “cute beauty.”

Some BLINKs believe the contestant and BLACKPINK Jisoo share similar smiles and facial features. Netizens also noticed Jisoo’s visuals in her bright smile and couldn’t help but compliment her elegant appearance, similar to Jisoo’s. They drew more parallels between the two, such as Ok Soon’s expressions, and compared them to Jisoo’s. Netizens are enamored with Ok Soon’s visuals and wish her the best, Koreaboo posted.

I Am Solo is a show that brings together six single men and women to unite people who are looking for marriage and struggling with love. Because the show also focuses on being hyper-real, the contestants appear under pseudonyms rather than their actual names.

According to Lord Web, viewers were introduced to the sixth female contestant of the new season during the show, and when the camera panned towards her, netizens were surprised to see that she resembled a much-loved idol-Jisoo.

Last year, a Chinese student got much attention for her resemblance to BLACKPINK Jisoo. The student was sighted while receiving a COVID-19 test, and her photo soon went viral. It was later revealed that the woman who looked exactly like BLACKPINK Jisoo was a 23-year-old student from Xiamen, Kpop Starz reported.