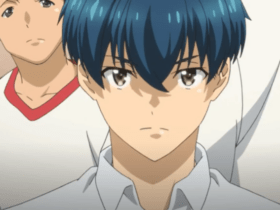 Shoot! Update: Goal to the Future Anime Series Will Be Released on July 2022

President Joe Biden blames global supply disruptions for the price hikes that have struck US consumers and companies, but the trillions of dollars pumped into the economy during the epidemic are equally to a fault.

Who is to Blame

Inflation has everything to do with the supply chain, stated Biden during his lengthy news conference.

Biden’s Republican opponents argue that the president’s inflation surge is “Bidenflation” because of the enormous federal stimulus and additional expenditure.

Stephanie Bice, a Republican representative from Oklahoma, claims that the influx of government monies into the economy has spurred the price increase.

Despite strong Republican opposition, Biden forced through Congress a $1.9 trillion American Rescue Plan. It is the third pandemic assistance program, not long after taking office a year ago.

According to Harvard economics professor Jason Furman, the stimulus program passed last year was necessary, but it could have been less. It might have been $1 trillion instead of $2 trillion, as reported by Yahoo News.

Although the United States is not alone in experiencing pandemic inflation, other major economies have had relatively mild price rises.

Former Obama adviser Jason Furman stated that the US has done a lot more to help families.

The Federal Government has two missions: to keep inflation in check and to increase employment.  They said that inflation is now a substantial danger to the labor market and the economy as a whole.

Increases in the federal funds rate might start as early as spring 2022. A lot of people predicting that the Fed would raise rates three or four times this year to combat inflation, as reported by Forbes news.

When rising inflation first became a problem in the spring of 2021, the Fed offered several explanations like supply-chain difficulties.

Another source of worry is labor concerns. During the COVID Recession, tens of millions of Americans lost their jobs. Expanded unemployment insurance and direct stimulus increased American bank accounts.