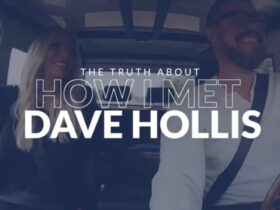 Every update on Heidi Powell and dave Hollis

In 2020, a media frenzy erupted over his laptop, which contained details of his tumultuous love life, drug addiction, and business paperwork. After the New York Post revealed damaging information stolen from Hunter Biden’s laptop, the FBI opened an investigation against him in 2020.

Hunter Biden, his family, and his contacts exchanged a large number of emails, texts, images, and documents on the laptop’s hard drive about his business transactions in Ukraine and China.

It also allegedly features a 12-minute video of Hunter allegedly smoking crack while having a sex act with a lady, as well as a slew of other sexually graphic photographs. Hunter Biden’s laptop was proved to be his in a New York Times piece regarding the investigation into his tax filings.

The emails retrieved from a cache of information “that appears to have originated from a laptop abandoned by Hunter Biden in a Delaware repair shop” were “authenticated by persons acquainted with them and the inquiry,” according to the New York Times.

Hunter Biden left his laptop at a Delaware repair shop in 2019 but never picked it up. The shop’s owner then gave the laptop over to the FBI. In an interview to promote his book, Beautiful Things, he subsequently claimed he was “hacked by Russians.”

Hunter Biden was hired by a Ukrainian oil and gas conglomerate and was urged to utilize his father’s clout with the company’s VP at the time, according to emails. On April 16, 2015, Biden allegedly met with Ukrainian, Russian, and Kazakhstani business colleagues of his son in a private dining room at the exclusive Cafe Milano.

According to one email, Hunter organized a meeting between Joe Biden and Burisma CEO Vadym Pozharskyi on at least one occasion. Hunter Biden was paid slightly over $83,300 per month to serve on Burisma’s board of directors at the time.

Other records documented payments from a Chinese corporation, with some indicating that some were meant for other Biden family members. Hunter and Joe both denied any wrongdoing.

Hunter Biden allegedly paid off a “substantial tax burden” when the FBI investigated him for possible money laundering and links to China, according to the New York Times. Hunter was being investigated for allegations of money laundering and international transactions. He said in December 2020 that the US Attorney’s office in Delaware had informed his attorneys that his “tax affairs” will be investigated, as per The Sun.