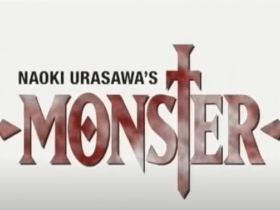 On March 6, 2022, Toei Animation Corp. announced that the network had been hacked by a third party and chose to shut down the internal system. It’s possible that the attack was carried out with the intent of locating and leaking transaction and private information regarding Toei’s customers and partners.

Toei Animation is one of Japan’s most successful companies, thanks to the success of anime series such as Dragon Ball,  One Piece, and Sailor Moon. However, the studio’s website continued to be a big issue.

The animation company is analyzing the situation with the help of a specialized security firm. To prevent future harm, the website has disabled access to the online store as well as any external connection to its internal systems, according to the Epic Stream website.

Toei Studio decided to shut down its online store Toei Animation Co., Ltd is a Japanese animation company owned by the Toei Company, which is also the studio’s name. It is known for some of the most popular anime programs in the world, including One Piece and Dragon Ball.

Throughout its history, the business has offered audiences a lot. as a precaution, but the business would not identify which component of its website was hacked.

A spokesman stated today that the extent of the hack is still being investigated, with Toei and a civilian security business collaborating with a specialized security firm. Given the number of clients who use Toei Animation’s internet site shop for numerous years, the hack is a major source of concern for the company.

The exposure of activity histories, as well as private details of consumers and business partners, might be disastrous for the organization, so it’s reasonable that they’re doing whatever they can to deal with the situation. The problem, hopefully, will be rectified soon, according to the CBR website.