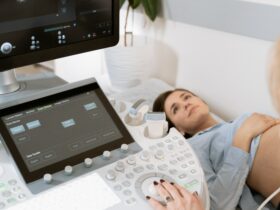 Hearthstone’s next expansions pack will be released worldwide on April 12. The “Voyage to the Sunken City” expansion pack immerses players in the city of Zin-Azshari. Blizzard enthusiasts first explored Zin-Aszhari in World of Warcraft’s Battle for Azeroth expansion. But this time, it’s up to Hearthstone players to explore and learn more about the city for themselves.

The trailer begins with a submarine plunging deeper and deeper into the water. In the trailer, viewers see the submarine finally arrive in the lost city of Zin-Aszhari after reaching the ocean floor. They are attacked by the terrifying Naga not shortly after they see the city, according to the Spieltimes news website.

The expansion’s plot centers around researchers on an expedition to Zin-Azshari, a sunken metropolis reminiscent of the tale of Atlantis. It will be the first expansion of Hearthstone content for the new year, which means older sets will be phased out.

The expansion pack contains 135 new cards for users to employ, including a fresh new minions form called Naga. Naga is merciless animals that perform best when combined with spellcasting due to their spell-focused nature. Furthermore, if these cards are in a player’s hand when a spell is cast, they grant them bonuses.

Many huge beasts, unlike anything you’ve ever seen live in the watery depths. The enormous animals are far too vast to fit on a single card! Minions with the Colossal keyword have additional appendages that synergize powerfully with their primary body.

The angry Naga is a new minion kind coming with this expansion and to become a permanent addition to Hearthstone. They were destroyed by their greed for cursed and power for all eternity. The Naga is a spell-focused minion that provides bonuses for casting one or more spells while the Naga is in their hand.

The  Dredge cards can be combined with new Azsharan cards that send a powerful “Sunken” card to the bottom of the deck. The dredge can help you acquire exactly what you need, whether it’s sunken treasures, your snazzy new Legendary, or a well-timed burn spell, based on the written post on the UN Geek site.