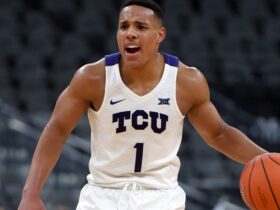 As of February 13, EXO Suho has completed his responsibilities to his country and is free to restart all activities that had been halted since May 2020. He has returned from his mandatory military service as a social service worker at the Seocho-gu office in Seoul, South Korea. He has officially confirmed his return with the release of a new album.

Suho held a live warm welcome for fans a few days after completing his military service. EXO-L was eager to learn more about what he had in store because this would be his official comeback following the release of his first mini-album, Self Portrait, and his two-year hiatus.

He responded to fan questions and ended his life after explaining his goals. Suho maintained some mystery surrounding the release, stating that he did not know the release dates or whether his upcoming projects were intended to be a mini or whole album. However, he noted that the second album would be more in-depth than his previous work during the live performance, stating that he wrote the lyrics himself and that the new album is about his thoughts during the two years he was away from EXO-L, ENVI reported.

Suho took to Instagram on February 14 to post a sweet handwritten letter to his fans after being discharged from the military the day before. Suho revealed in his letter how much he missed his fans while serving in the military, and he also confirmed that he was planning a special gift to thank his fans for their patience, according to Soompi.

“I miss your silver light,” EXO’s Suho wrote in his handwritten letter to fans shortly after being discharged from the military. Following the letter, the leader treated fans to a slew of selfies. They quickly trended #SuHomecoming and ‘Our Guardian is Back’ to commemorate his return.