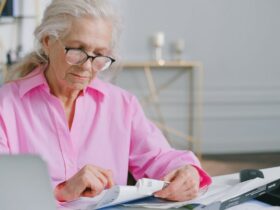 Season 4 of Attack on Titan is nearing its conclusion as per a recent leak. Part 2 of the Season Finale will conclude in Chapter 130.  Attack on Titan, produced by MAPPA, is unquestionably one of the best-animated series currently available. Hajime Isayama wrote and illustrated the Attack on Titan manga, which ran between September 2009 to April 2021.

The manga was divided into 34 volumes and had a total of 139 chapters. As a result, manga readers already know how Eren’s story ends; meanwhile, anime fans are still in the dark about how the story will end. According to the post on Twitter name SPY “Attack on Titan Final Season Part 02” is reported to end on Chapter 130.

The Attack on Titan animation series is currently in its last season, with eight episodes of part 2 published so far. Chapter 126 of the manga series was adapted in the preceding episode, and both the chapter and the anime series were titled “Pride” according to the post on the Dual Shockers website.

With the last season of Attack on Titan focusing on dismantling and interrogating each character’s motivations and moral compass, it was natural that the heroes would have to get together again and sort it all out for themselves.

Attack on Titan has long demonstrated that it can create engaging tv out of nothing but well-written dialogues, so let me just say that “Night of the End” does an excellent job of working with the materials given to it.

As much as this narrative is about airing both factions’ long-standing grievances and using the characters as microcosms of their civilizations’ broader tensions, most of the conversation in “Night of the End” because the story requires it, as posted on the Anime News Network.