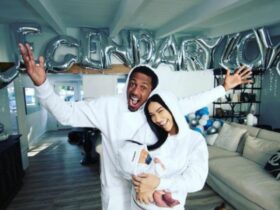 Everything You Need To Know About Zion Mixolydian Canon

Myu is a little dragon girl who was kidnapped and rescued by Hajime Nagumo and Shea Haulia after they found her in Fuhren. She used to refer to Hajime as “Onii-chan,” but then called him Papa.

In Arifureta Season 2 Episode 4, Hajime and the gang are ambushed by merfolk after escaping the volcano, and Myu gets a long-awaited reunion with her real mother. Tio managed to flee the Grand Gruen Volcano after being assaulted by Demon Army general Freid and dragons. The others had sent Tio out to call for reinforcements when Hajime was seriously hurt.

Hajime had devised a strategy to escape through an underwater boat which they carried out. Tio informs Kaori and Myu of Hajime’s escape plot and assures them that they are safe. While expecting Hajime and the others to return, they both chose to take Myu to Erisen to reconnect with her mother.

They arrived just in time as a merfolk group surrounded and questioned them. Myu appeared out of nowhere and disarmed the merfolk. They managed to escape and went to Erisen, the city of the sea and Myu’s actual home,  according to CBR.com.

Myu eventually came home and had a heartfelt reunion with her mother, Remia. The erupting Gruen Volcano made it difficult for Hajime, Yue, and Shea to flee. This particular occurrence has led them to Myu’s hometown, the floating city of Erisen.

Myu understands her mother Remia is in pain after an emotional reunion with her, and she asks Hajime to help her. Because they had been apart for so long, Myu and Remia’s homecoming was bittersweet.

If not for Hajime’s efforts, they could still be suffering. Remia was rescued by Hajime, who returned her to her home. Kaori is a priest, thus she can treat Remia’s injuries, although it will take a few days, as per Anime Corner.