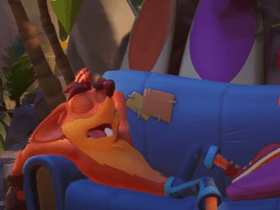 Big Mom managed to endure Kid and  Law’s assault in the previous chapter. Regardless of all their efforts, she rose to her feet once more and unveiled a new skill called Mother’s Visit Cannon, 3,000 Leagues of Misery. To everyone’s surprise, the attack was carried out by another Homie who had taken on a life of its own.

Law sank his sword deep into Big Mom’s chest in a final push, the blade of his sword stretching through her body, down the island, and into the ground below. As his crew pleaded with him to flee, he unleashed his Puncture Wille strike, which sent a shockwave through Big Mom’s body and created a crater in the ground beneath Onigashima.

Kid unleashed his own strike called Damned Punk, blasting a massive laser cannon towards Big Mom while she was still suffering from Law’s attack. Law’s team tries to persuade him to retreat after seeing how unfazed Big Mom appears to be by Kid’s attempts, but he advises them to follow their own counsel.

Kid confirms that Big Mom does not frighten him, and Law triggers his Re-ROOM ability, irritated by the prospect of hearing her death cry. Big Mom is an Emperor of the Sea, therefore their bravery and the fact that their lives aren’t being drained astound the guys around them, according to CBR.com.

The fight continues in One Piece

From the main fight on the rooftop, the manga has moved on a little. Just to see Big Mom rise, again and again, suggested that if Big Mom joined in, the struggle on the rooftop may be jeopardized. Law and Kid have been in charge of keeping her away and ensuring that she never reunites with Kaidou.

This weekend will see the official release of One Piece Chapter 1040, which will be distributed through Viz Media and Shueisha’s Manga Plus, as is customary. We’ll be looking at manga spoilers soon, which will give us a sense of what to anticipate from the next chapter, as per the Otakukart website.