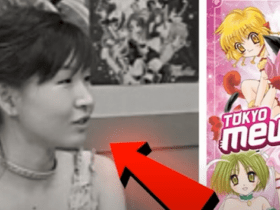 “League of Legends” developer Riot Games is finally pushing through with their scheduled Janna rework for the MOBA title’s 12th season. It was learned that the champion’s latest kit will be providing aggressive shielding gameplay while trimming down on the character’s poke damage.

The enchanter support will be receiving one of the so-called mini reworks the developer has been rolling out to some of the game’s champions over the past year. After getting bogged down, it’s finally Janna’s turn to shine in the “League of Legends’” 12.2 update, Dexerto reports.

Principal Character Designer August recently tweeted about it noting that their main goal on such tweaks is to “drain lane poke power out of her W [Zephyr] and focusing it into utility.”

‘League of Legends’ rework for Janna

For the uninitiated, Riot originally went for the overall direction of their initial set of tweaks. It got scrapped, however back in December last year for them to introduce several quality-of-life (QoL) improvements. Come January and the developer shared the changes to their “LoL” community.

As mentioned, Janna’s rework is aimed at her poke power.

New Janna list for 12.2 heading to PBE!
-Empowering your shield with CC was missed, so we're retaining a version of it.
-Janna players didn't seem to care about damage in Q, so we cut the damage buff to add power elsewhere
-Added a couple QoL changes pic.twitter.com/tQf6V1hVlG

Both the champion’s auto attacks and W in “League of Legends” are taking a hit early with the support’s basic attacks getting nerfed from 550 down to 500. Also, Janna will no longer receive that bonus magic damage based on her movement speed as well. Albeit the nerf, she will be receiving a small buff on both movement speed and AD.

As for her W, its range will be getting some changes, alongside its damage and slow duration that will be increased, at the expense of a longer cooldown to avoid getting spammed.

Further, the majority of the utility buffs are being channeled into Janna’s Q. Mana cost is now lesser, not to mention that it goes further alongside a lengthy minimum range and will be traveling a whole lot quicker.