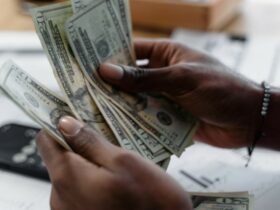 In an interview, Sonny Boy director and writer Shingo Natsume said something unique about anime. While telling a narrative about kids navigating their adolescence, there is no dialogue.

He claimed to have established a rule for himself. He would not allow anyone to do monologues. Characters use monologues to convey what is on their minds or going to do next. He doesn’t find that really amusing to watch. He wanted to get rid of it because this was going to be his own unique series. As reported by the Anime News Network.

By removing the speeches, the spectator can tell what the character is feeling by seeing how they act. He came up with internal grammar or visual grammar.

He admitted that this method added more work to consider.  If the characters experienced a new phenomenon, they would have to find a way to depict it. Which would ultimately lead to something else. He’d also have to keep reevaluating the work to make sure his thoughts were coming across. As posted by the Mobile Newspepar.

Natsume also talked about where he gets his ideas for stories. His passion is to tell a one-of-a-kind narrative, as well as the animation. Several crucial scenes’ design procedures and visual direction. Norifumi Kugai, a character designer, Nobuhide Kariya, a key animator, and Keiichir Sait, an animator and episode director, all present to offer their thoughts.

The narrative is a parable about how difficult it is from a student’s life and into the world of adulthood. How some individuals will never be able to move on from their idyllic childhood years. It’s a cautionary story that teaches us that even though certain things are tough. They are the right things to do, and we must endeavor to do them. It’s a tale of friendship, love, and tenacity. It’s a very well-crafted narrative that offers something for everyone. Based on the review of the Leisure Byte site.