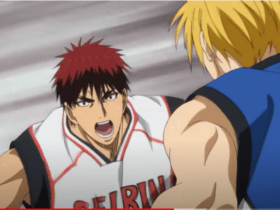 John By making it to the 2023 Australian Open semifinals, Paul has made history. Paul rose to the highest American seed in the main draw due to Sebastian Korda’s early withdrawal. As a result, he is now making headlines and has a sizable group of people on his side. Paul’s girlfriend has been supporting him from the stands alongside his admirers. Along with the tennis pro, Paul’s girlfriend Paige Lorenze has been the buzz of the town ever since the match.

Paige Lorenze, Tommy Paul’s girlfriend and an Instagram influencer, has recently been spotted supporting her partner. She has quite a difficult dating history, even though this is not how she has always dated.

Who was the last person Paige Lorenze dated before Tommy Paul?

The Instagram influencer has a peculiar and possibly risky dating background. Armie Hammer, the star of “Call Me by Your Name,” is mentioned. Both audiences and critics gave him favorable reviews. However, things got scary when his “cannibalistic” messages appeared online. Even though she only dated him briefly, Paige Lorenze talked about the horrible experience.

She also dated Tyler Cameron, the runner-up of Bachelorette Season 15, who attracted a lot of attention due to his good looks. Her relationship with him, however, did not last long and ended within a month. She believed that he dated her only to gain some influence.

She also dated Morgan Wallen, a country music performer. The beginning of something concrete seemed to be her relationship with Wallen. However, it didn’t because the Instagram model charged him with infidelity.

Before their breakup, she was also romantically linked to Finnish ice hockey player Kasperi Kapanen for a short period.

The influencer and Tommy Paul have been dating since 2022. They also love one other’s company while traveling in Australia.

Tommy Paul defeated Ben Shelton in an all-American match at the Australian Open on Wednesday, prevailing 7-6 (6), 6-3, 5-7, 6-4 to advance to his first Grand Slam semifinal and halt Shelton’s unexpected run.

Paul, ranked 35th, was a junior phenom who won the French Open in 2015 and advanced to the Flushing Meadows final in the same year. He has one tour-level victory to his name as a pro, which he earned in Stockholm in 2021, and up until this week, Wimbledon was the only Grand Slam tournament in which he had advanced above the fourth round.

Paige Lorenze, Tommy Paul’s girlfriend and an Instagram influencer, has recently been spotted supporting her partner. She has quite a difficult dating history, even though this is not how she has always dated.

Who is the gorgeous Instagram beauty Kiki Passo, an ex-girlfriend of Tommy Paul?

This week, the tennis player is competing in his first Wimbledon, so we learn more about Kiki Passo, who dated Tate Martell of the Ohio State football team and Tommy Paul.

American tennis player Tommy Paul advanced to the second round of the 2022 Australian Open. Before going pro that same year, he won the boy’s singles title at the 2015 French Open. Paul won the first ATP final in the 2021 Stockholm Open after defeating the reigning champion Denis Shapovalov.

He defeated world No. 4 Carlos Alcaraz, the second seed, at the Canadian Open to go to his first Masters 100 quarterfinal. Despite losing to Dan Evans, he achieved a career-high ranking of No. 31.

Read Also: After 19 years, Jelena Dokic acknowledges their separation, saying, “I am in pain.”