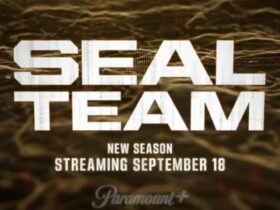 Are you familiar with the Seal team horror?

Miley Cyrus went for a casual brunch with boyfriend Maxx Morando on November 27th after celebration of Party in the U.S.A. singer’s 30th birthday on the weekend.

Know about Miley Cyrus’ boyfriend’s chemistry with her. Are they compatible with each other? What is the age gap between them?

Miley Cyrus has turned thirty and celebrated the occasion in a remarkably calm manner—at least publicly. On Sunday, the singer was seen having brunch with her cute partner, Maxx Morando, and friends in Malibu. She turned 30 on November 23rd.

Maxx, 24, was dressed in a green button-up shirt above a white T-shirt that he tucked into navy blue trousers. Miley’s boyfriend completed his look with white sneakers and black sunglasses. Following their simple brunch date, the couple carried bags of parcels to their car. Miley turned 30 a few days ago and celebrated by posting an Instagram picture of herself looking happy behind a cake with the caption, “30. Thank you for your love and kind birthday wishes.

Miley wore a large denim button-down over a white t-shirt and multicoloured pants while carrying a to-go bag and coffee from the restaurant. She completed her ensemble with a messy updo, sunglasses, and open-toed shoes.

Meanwhile, the Liily’s drummer sported a messy mop and a striped button-down open above a white t-shirt and blue pants. He finished off his ensemble with sunglasses and Adidas athletic shoes.

Miley and Maxx recently both have celebrated their birthdays, with Maxx turning 24 on November 16th and Miley turning 30 on November 23rd . And their romance shows no signs of slowing down after one year together.

In October, a source close to the Hannah Montana alum told the media, “Miley and Maxx are still holding strong, and their relationship is very serious.” “Miley has been with him for about one year and is very happy. Everyone in her family adores them together and thinks they complement each other perfectly.”

The love birds started dating each other in late 2021 after meeting through mutual friends. At the time, a media source told, “They both are creative and artisc, so they bond over being musicians.”

Miley, who divorced Liam Hemsworth in 2019, is intent on keeping their relationship private. “She recently wanted to take a break from a hectic work schedule,” the source continued. “She’s in a good spot.”

In fact, Maxx was in Miami to encourage her while she hosted Miley’s New Year’s Eve Party last year for NBC in 2021 along with Pete Davidson.

“He was in backstage supporting Miley and Pete at the New Year’s Eve practice sessions and spending a good time with them,” the source said, adding, “They were all super friendly with one another and looked to be having great night.”

Cyrus posted a photo of her birthday celebrations on Instagram yesterday with the caption: “30. Thank you for your love kindhearted birthday wishes.” The photo showed her smiling along with a cake adorned with candy bars.

While Cyrus has kept a low profile recently, a source told the media in October about Cyrus and Morando’s relationship. “Maxx and Miley are holding each other strongly, and their relationship is very intense,” according to the source. “Miley has been with him for about a year and is very happy. Everyone in her family adores them together and thinks they complement each other perfectly.”

According to the source, Cyrus has purposefully taken a break from working nonstop and relocated to Los Angeles from Nashville. “She recently wanted to take a break from a hectic work schedule. “She’s in a good place,” said the source.

Cyrus will return to the spotlight at the end of December when she and her godmother Dolly Parton host Miley’s New Year’s Eve Party for NBC.

Read Also: Tom Holland and Zendaya are finally engaged? Here’s the information we have for you!