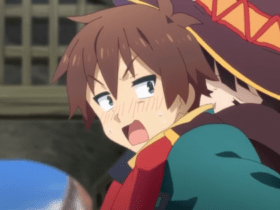 Dolly Parton and Carl Thomas Dean have shown that love endures even after a 50-year marriage.

He is a private person and chooses to spend low-key life away from the spotlight, encouraging his celebrity wife, Dolly, to shine.

We know little about his life. However, we know he made a name for himself in business in his early twenties.

Carl, now retired, has owned a successful asphalt laying agency in his hometown of Nashville.

When did Dolly and Carl Thomas Dean get married?

How did they fall in love?

“My first impression was I’m going to marry that girl,” Dean said of the then-18-year-old singer he met out front of the laundromat in Nashville on Dolly’s official website.

“My second reaction was, ‘Lord, she’s beautiful.” So, that was the start of my life.”

On May 30, 1966, the couple got married. In 2016, they renewed their vows to commemorate their 50th wedding anniversary.

Dolly said to Entertainment Tonight, “If I have to do it all over again, I’d go through it again, and we did.”

What is Carl Thomas Dean’s net worth?

Carl, as previously stated, was a successful businessman who amassed considerable wealth during his career. His net worth is $20 million (£15 million) as of 2020. Meanwhile, Dolly has a fatty amount of $500 million (£386 million).

Do Dolly and Carl have any kids?

The couple has no kids and is completely happy with each other. In a recent interview with a show, she stated: “Everything happens as per God’s plan.”

“I believe it was his intention for me to refrain from having children so that everyone else’s children could be mine. And right now, they are my children,” she said.

Dolly Parton’s statement on the Christmas celebration in Beverly Hills

Dolly Parton used to co-host a glitzy yearly Christmas celebration in Beverly Hills attended by couture-clad celebrities. “I mean, everyone in Hollywood would come,” Dolly recollects. “When you walked for one year, there was a congregation choir on the staircase.” Everyone would join in it and sing along. Oh, it was incredible.”

Dolly rarely visits Beverly Hills these days. The adored personality is still active and constantly working. Still, she has stopped touring and traveling far since it would take her away from her partner, Carl Dean, who was reportedly diagnosed with Alzheimer’s three years ago. “I’ve done that my entire life, and it requires so much effort and time,” Dolly says of her final headlining concert tour, which included 60 shows in 2016. “I prefer to spend more time at home with my husband.”

The early life of the couple

It’s a massive change. Dolly and Carl met in 1964 when she was 18 years old in Nashville. Both of them have led strong and independent lives throughout their long marriage. Now Dolly is 76, and carl is 80 years old.   “He’s a country boy, he prefers to work on his tractors, he used to be in asphalt paving,” Dolly claims, never demanding Carl join her in the spotlight. “He prefers privacy and would never interview in a million years.”

The secret of a long-lasting relationship for the couple

The couple chose to spend quality time together without facing any media, frequently taking long road trips to America in their RV. Dolly would take off her wigs, makeup, and fancy clothes on vacation with Carl while they visited national parks, souvenir shops, and burrito joints without being identified.

“Carl is fantastic, and we get along fantastically and have a great time together,” Dolly said. “He never fails to make me laugh. It’s among the things that’s held us together all these years.”

Dolly feels obligated to be with Carl considering all the years he has supported and praised her. “Now that we’re getting older, I do not prefer to go for four to five weeks at once.” “Something could happen,” Dolly says. “I wouldn’t feel right if someone needed me, and I am not there.” At the same time, I’d feel bad if I had to leave a tour because someone got sick at home and might need me, and I had to abandon the fans.”

Dolly credits music to be her greatest strength.

She relies on her faith much more in Carl’s illness. “It helps keep her going,” an insider suggests, “It, & her passion for music, performing for the audience. She credits her strength to her music and her belief.”

That is why Dolly has yet to stop working. She may not sit down and write songs daily, but her mind buzzes with ideas inspired by her experiences. “By writing songs, I’ve been able to work through each problem I’ve ever had.” “I can write about anything that I go through or see an individual thru that I love or care about,” she expresses.