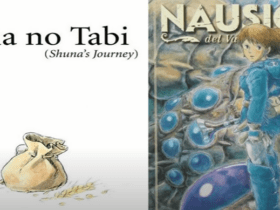 Reportedly, the co-star of Spider-Man: Homecoming, Tom Holland engaged with Zendaya. They appear to be “serious and long-lasting.”

Tom Holland and Zendaya are engaged?

Tom Holland and Zendaya are one of the most popular celebrity couples. Fans adored the chemistry between the actors of the Marvel Cinematic Universe. While the couple keeps their fans enthralled, a few fans have been obsessed with their relationship.

Several rumors have circulated about the couple throughout their relationship, the most recent of which is that they are engaged. The couple is reportedly engaged, according to Twitter user @thepophive, despite the fact that the news has connected to no official citation.

Even though they kept their relationship a complete secret for so long, it was made public after a picture of the two sharing a kiss in a car went viral. The couple eventually made their romance public by posting about it on social media, making red-carpet appearances, and getting spotted together a few times.

The account that posted the now-viral Twitter post has 165k followers. The image of Tom Holland & Zendaya in the tweet was what made it so popular. Both actors are smiling and looking at each other in the image. Although the tweet stated that both were engaged, there has yet to be an official confirmation from either of them.

It’s also worth noting that the rumor stems from a US Weekly report in which an insider claims that Zendaya and Tom Holland are “serious and persistent.” According to the source, the couple is planning a real future together.

While neither Holland nor Zendaya have confirmed the report, fans of the couple reacted quickly to Pop Hive’s tweet. With over 500,000 likes and 45k retweets, people are questioning the tweet’s credibility, while others are diligently considering the news.

While some fans joke about Tom Holland’s height, others argue they should reconsider their relationship, comparing them with Brad Pitt and Angelina Jolie. On the other hand, some people are claiming heartbreak because they are not the ones who were fortunate enough to be engaged with Zendaya. It also disappointed some fans that they are not engaged to Holland. Several fans were ecstatic about the couple’s alleged engagement and took to Twitter to congratulate them.

Holland & Zendaya despise being in the spotlight.

The actor has previously explained stardom and how it has directly impacted their relationship. Holland told GQ in 2021 that not having control over their privacy was a major disadvantage of fame.

Holland added that the couple felt robbed of their privacy:

“What you think is a private moment between two people who adore each other is now disclosed with entire world.”

Tom Holland stated in an interview in 2021 with the People that he intends to pause to focus on having a family and figuring out what to do next for him besides acting.

The signs point to a fortunate marriage, but is Tom – Zendaya engaged? Given the Spider-Man star’s comments to GQ and the US Weekly report, it’s entirely possible.

However, we need to know the actual truth behind the speculated announcement to believe any rumors or reports.

While the couple has yet to make an official announcement, the internet is abuzz with statistics about Tom Holland and Zendaya’s engagement. There are thousands of rumors spread daily by fake sources, and most youths are trapped in this. We should know that there are some true methods to discover the actual truth, like the Instagram pages of the celebrity.