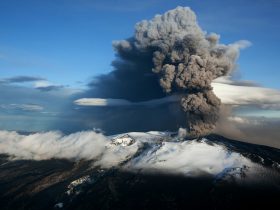 Although his country is embroiled in a conflict initiated by Russian President Vladimir Putin, Ukraine’s president, Volodymyr Zelensky, has won the hearts and support of people all over the world.

Volodymyr Zelensky was a prominent Russian-speaking Jewish comedian with his own TV show. Volodymyr Zelensky has been married to Olena Zelenska since 2003. He is a father of two children, a son, and a daughter.

Although the Ukrainian president holds a law degree from the Kryvyi Rih Institute of Economics, he has never worked in the legal field. His grandfather, Semyon (Simon) Ivanovych Zelenskyy, served in the Red Army during WWII (in the 57th Guards Motor Rifle Division); Semyon’s father and three brothers perished in the Holocaust.

Volodymyr Zelensky is an unintended president who was the most unlikely candidate in the 2019 presidential election. Zelensky, on the other hand, surged ahead in the polls after announcing his candidacy. Zelensky worked as a performer and comedian before joining politics.

He also had a production company. Zelensky portrayed a schoolteacher who becomes Ukraine’s president after his wrath goes viral in the hit TV drama Servant of the People.

In the 2019 elections, Zelensky earned 73 percent of the vote. During his presidential campaign, he promised to put an end to the conflict with Russia. After being accused of wrongdoing, Volodymyr Zelensky was named in the Pandora Papers. He and his production company have been tied to offshore shell companies. According to MINT, many people linked Zelensky to Donald Trump when he was elected president because of their mutual links to the entertainment industry.

Glory to Ukraine, Volodymyr Zelensky said calmly Tuesday morning as he signed off his most daring video message yet, a fist quickly lifted. This extraordinary leader grinned into his smartphone, surrounded by blue sky and the beautiful architecture of Kyiv’s proud and ancient city center.

His most recent clip, which was seen by millions on social media platforms yesterday, set the tone for another day of courageous opposition by the Ukrainian people. President Zelensky spoke and seemed casual, even if the security of his country’s 44 million residents rested on his shoulders.

Surprisingly, while the former actor and stand-up comedian has inspired Ukrainians and the rest of the world, Putin, the dictator who started this unwinnable conflict, has stayed mute and unnoticed.

While President Volodymyr Zelensky has inspired his country to extraordinary acts of bravery, Putin has shown no similar backing for his troops who, it appears, did not want to take part in his invasion. In local media reports, some Russian servicemen taken by the Ukrainians were seen sobbing and looked befuddled.

Others have been calling home to tell their relatives about gasoline shortages and rationing. A video of a Ukrainian motorist teasing a Russian tank crew who had run out of petrol by giving them a lift back to Russia has gone viral on social media.

Celebrate K-Pop Idols’ Birthday This March! A Complete List Including Their Age