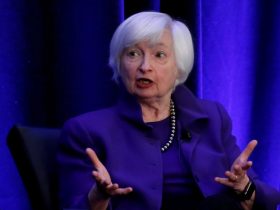 Questions were raised about Ukraine’s ability to stage a fight as Russia’s forces rushed across the border in the early hours of Thursday morning.

However, Russia’s defense budget per capita is lower than that of the United Kingdom, China, and the United States, and the Kremlin’s troops lack cutting-edge technology, with much of its equipment going back to the Soviet period.

Nonetheless, the arithmetic for Ukraine in terms of people and weaponry appears bleak. Its military ranks 22nd with 196,600 men, but it is not simply the number of active troops that distinguishes the neighbors.

According to most military observers, there were more than 150,000 Russian troops on Russia’s border with Ukraine in the days preceding up the invasion. Per Daily Mail, Russia has also deployed some troops to Belarus, which is located north of Ukraine, for military exercises.

The London-based International Institute for Strategic Studies states that Russia’s army has over 280,000 soldiers and its combined armed forces comprise about 900,000, with 13,367 tanks outnumbering Ukraine’s by more than six to one.

The IISS said Russia possesses 5,934 artillery units compared to 1,962 in Ukraine, and 19,783 armored military vehicles compared to 2,870 in Ukraine. Russia’s superiority at sea and in the air is also shown by the organization, which studies military capabilities throughout the world.

The situation in Ukraine amid invasion

Kyiv residents are fleeing the city and seeking refuge in air raid shelters as Ukraine’s capital gets bombed for the first time since WWII. They were awakened by the sound of explosions, as did many others, for the attack that Russia vowed would never happen had begun.

With air raid sirens blaring across Kyiv this morning, there are two distinct tempos on the city’s streets. One of them is unusually quiet. Many people are still slogging through the streets and boarding buses to get to work.

To take cover, many people have rushed to air raid shelters or metro stations. Others are lining up at banks, shops, and gas stations in long lines. Some others are escaping to the west in their autos, BBC reported.

US Stocks Drop Amidst Russia-Ukraine Conflict