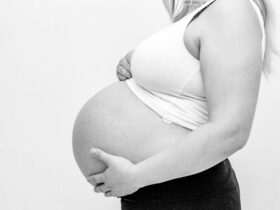 Tom Welling and co-star Michael Rosenbaum headed to the stage in Vancouver this weekend to offer an update on the progress of an animated take on the subject that they have been working with Smallville co-creators Al Gough and Miles Millar. While Birds of Prey failed to take flight on the network, fans got Arrow and the several series that spun off of it not long after Smallville ended.

While no formal announcement has been made, the latest improvements sound as exciting as anything we’ve heard. The cast and animation style are already taking shape, and the only thing holding up screenplays is the series’ creators’ involvement in feature films.

Welling said that in order to continue their story after the conclusion of Smallville, they are currently working on an animated series that picks up right after the show’s finale.

According to Comicbook, Clark and Lois returned to the public eye during Crisis on Infinite Earths, but some fans argued that Superman had given up his powers to live a normal life with his wife on the farm. Smallville had a comic that lasted for a few years, but this would be the first TV or film continuation of the plot in which Welling’s Clark Kent takes on the identity and suit of Superman for himself.

If the series succeeds, it is unclear whether it will be aired on the CW, HBO Max, or elsewhere. But they said that HBO Max looks the most plausible possibility.

Last summer, Welling confirmed the news via a now-deleted Twitter cameo. Welling recently announced significant advancements on the Superman-based animation project at a Fan Expo Vancouver session. Concerning returning characters, Welling expressed optimism that most of the show’s stars would return to voice-over.

According to Giant Freakin Robot, Smallville creators Al Gough and Miles Millar will be involved in the animated series, as mentioned by Welling. They’re now filming Monster High, which is “Tim Burton-like movies.”

Putin’s Plan Has Always Been to Destroy Ukraine, Its People, and Democracy, Antony Blinken Says